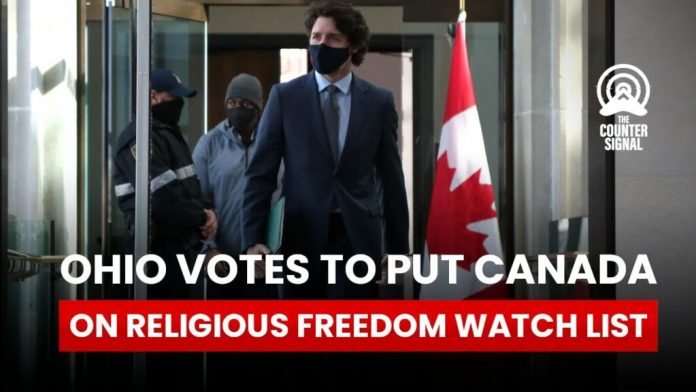 Trudeau has once again been called out by an ally for trampling on religious liberty.
The Ohio House of Representatives has voted to condemn Canada over the Trudeau government’s horrible treatment of religious leaders during the COVID crisis.

Republican Reggie Stoltzfus said it’s long overdue to condemn Canada and put it on a federal religious freedom watch list, adding that the Trudeau government’s behavior is “very similar to what we see in Communist-controlled China.”

“While Ohio has stood up for religious freedom and protected the right to attend religious services, it is clear Canada has not done the same,” Stoltzfus said.

It is very clear that the Trudeau government simply does not care about Christians.

He did nothing when churches burned all throughout 2021, and his policies encouraged the terrible treatment of pastor Artur Pawlowski, who is not even allowed to get his mail.

Canadians need to stand up with their American brothers in uniting against this tyranny.