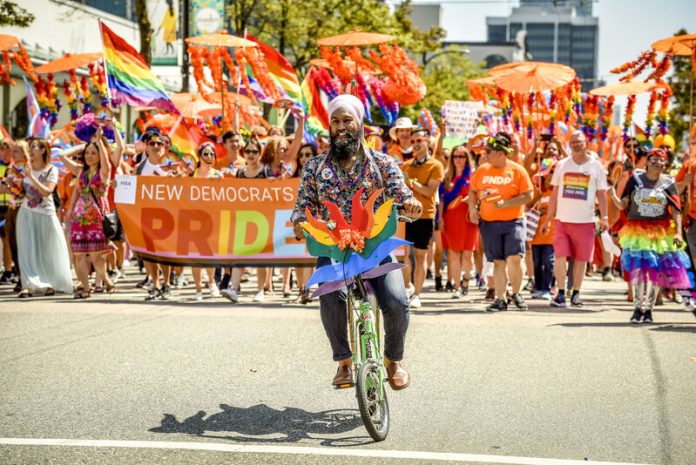 In contemporary Canada, expositions of pride take on a peculiar form– none more unusual than NDP Party Leader Jagmeet Singh’s approach to the topic:

“We must acknowledge that the colonial history of our country has actively had a harmful impact on 2SLGBTQI+ people. Two Spirit and Indigenous LGBTQQIA+ identities were actively attacked and purposefully destroyed. People who were once honored in their communities and held important traditional roles were left shamed, rejected and vulnerable.”

Let us note the New Democratic Party leaders choice of words. Traditionally, Indigenous communities have been accepting of transgender beliefs– hence the term “two-spirited.” In order to dig the knife deeper into the back of traditional Canada, Mr. Singh calls out the lack of acceptance from colonial settlers. In other words, he is insulting the two types of Canadians he most resents: Anglophones and Christians.

Reasonable takeaways: Jagmeet Singh is incredibly bitter toward our country, and its history. Ours is a nation steeped in persecution of homosexuals and transexuals. The reason for it is found in our colonial history. Mr. Singh does not like our national heritage one little bit. In terms of his feelings regarding Aboriginal history, Singh has the following to say:

“There were clearly systems in place designed to kill them.This is not a distant country, this is here in Canada, and the genocide was against Indigenous people. And it is a genocide that is ongoing.”