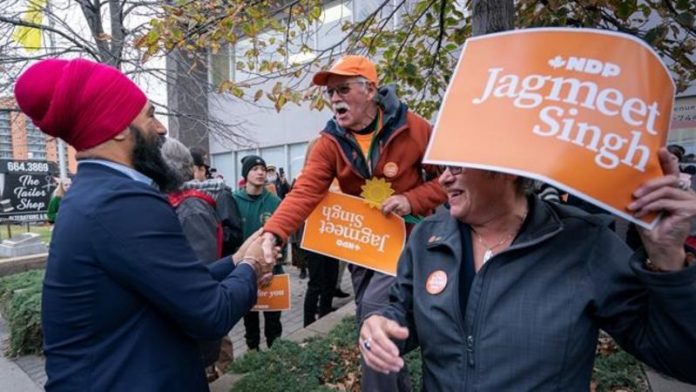 In Justin Trudeau’s Canada, pro-life attitudes toward abortion are shunned on a societal basis. The mere mention of right-to-life brings a look of horror to the faces of abortion policy advocates.

As reflected by our Liberal government in tandem with establishment media, it is one step from criminal to suggest that the life of an unborn child should be held sacred. While so-called “feminists” and progressives push this approach, they cannot hold a handle to attitudes held by federal political party leaders.

Our ruling government is all in on fetus-reduction syndrome. So too NDP Party leader Jagmeet Singh, who vehemence reaches fanatical proportions.

“NDP Leader Jagmeet Singh visited a Fredericton abortion clinic that is struggling to remain open because New Brunswick does not cover abortions performed outside hospitals.”

So a pregnant woman needs to go to a hospital to receive an abortion. What is this, some kind of crime? That abortions cannot take place in the privacy of one’s home is to be considered a travesty? In no manner does Mr. Singh’s vehemence regarding abortion in New Brunswick end here.

NDP leader, Jagmeet Singh, a Sikh-Canadian, wants immediate action on mass abortion in New Brunswick. Why? Is there something special about the Canadian province which makes the NDP leader push to maximize the procedure?