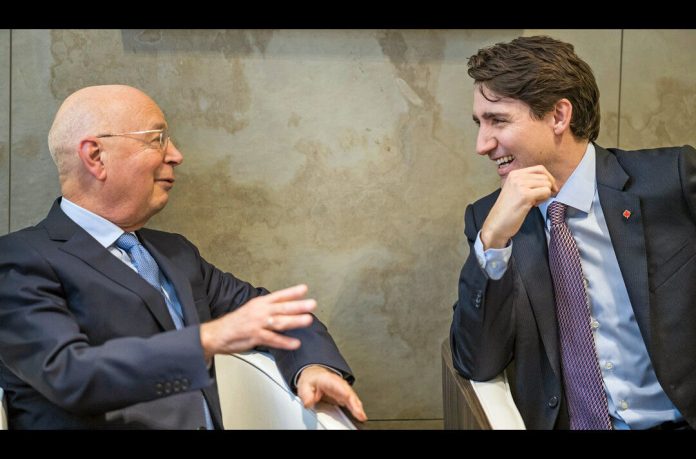 “The federal ethics commissioner’s office was flooded with over 1,000 emails, calls, letters and even faxes this winter from people asking it to investigate a conspiracy theory claiming some parliamentarians and Finance Minister Chrystia Freeland are beholden to the World Economic Forum.”

We immediately pick up on the rhetorical nature of media’s presentation. To “investigate a conspiracy theory”— thereby negating the original premise right off the bat. Surely astute observers have noticed a transformation within Canadian media.

In 1991, mainstream media presented the news. In 2021, the press present right and wrong, truth and falsehood, correctness and political incorrectness. What a difference a couple decades make.

Upon which CAP pose a question. If the number was not 1000, but rather 100,000 would media hold the same position? Likely, they would. It’s what they are being paid to do–maintain the positioning of the Liberal government come hell or high water.

“In February and March 2022, the Office received over 1,000 requests from members of the public asking the Commissioner to investigate the participation of Members and ministers in the World Economic Forum,” as stated in the Office of the Conflict of Interest and Ethics Commissioner’s annual report.

The document notes that the requests “did not provide sufficient evidence to warrant an investigation.”

Isn’t that the shock of the century. If the number was 1,000,000 would an investigation be warranted. Of course not. They are requests from the general public. Canadian-born citizens may recall a time when “the people” could make “a difference.” Those days are long gone.