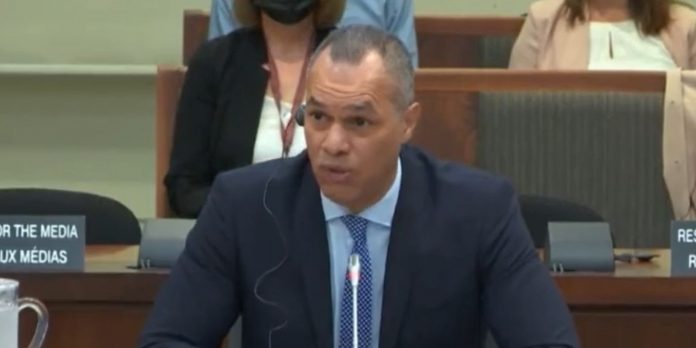 “I did not make that request and I’m not aware of anyone else in the Ottawa Police Service who did,” said Sloly when asked.

Former Ottawa Police Chief Peter Sloly testified on Thursday that no request was made to invoke the Emergencies Act by the police to the Trudeau Liberals, contradicting claims made by Trudeau’s public safety minister.

Two weeks earlier, Interim Police Chief Steve Bell appeared at a Tuesday committee hearing, where he told MP Andrew Scheer that police were involved in conversations with federal ministries, but said that “We didn’t make a direct request for the Emergencies Act.”
Bell himself was echoing statements made by RCMP Commissioner Brenda Lucki, who said in early May that no such request was made to the Trudeau Liberals.