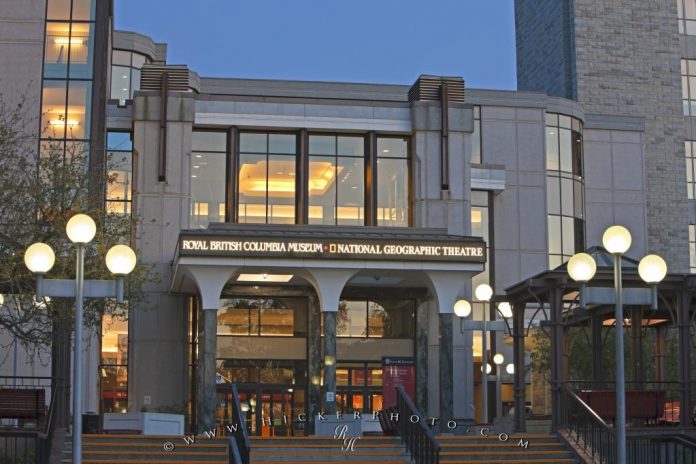 It was supposed to be a “technical” briefing … giving pricing, seismic, timing details behind the NDP government’s announcement of a new $789 Million BC Museum of History will be built in Victoria.

But Tourism and Culture Minister Melanie Mark revealed much more than that at her press conference following the briefing.

First, Mark, who is of Nisga’a background, set aside both of Canada’s Official languages … to begin her remarks in a First Nations tongue.

Then she performed the usual current “woke” practice of acknowledging several First Nations on whose lands the press conference was being held.

And Mark made it VERY CLEAR that BC’s Indigenous groups will play a pivotal role … greater than any other BC citizens … in the development, design and recounting of BC’s history in the NDP’s new $789 Million history museum.

“Programming, procurement, design and construction planning must be done in the appropriate stages and in collaboration with local First Nations partners and with public engagement,” Mark told the media gathering.

Aren’t First Nations part of the public? Why a separate reference? Will they get a larger role, more say, than other BC citizens/taxpayers?

Mark revealed that, even prior to the May 13 public announcement of the plan to tear down and replace the existing museum, the government had held “an earlier ceremony with the local nations … members of the Songhees and Esquimalt nations who blanketed many people in their ceremony.”

“They think this is an important step forward for reconciliation … not only to protect and share their history, but that of other nations in this province and that of other immigrant and cultural groups in tis province.”

Mark suggested the new museum will help BC meet its “commitments” under the legislature’s Declaration of the Rights of Indigenous Peoples Act.

“It’s part of our call to action that we have a duty to respond to.”

The minister also got personal: noting she only learned while attending university that her own grandparents had attended a residential school.

“Museums are important institutions to understand the past and what it means to move forward,” Mark added.

“The new facility is going to have a dedicated site for the Indigenous collections. That was the call to action from our engagement with Indigenous nations.”

Because I could not help but notice … while making SEVERAL references to the importance of a new museum in telling First Nations’ history in BC … the remarks of the Minister (of all British Columbians?) lacked ANY mention of the DUTY of the museum to also tell the FULL story and pay tribute to the massive contributions of Europeans to BC’s history as well.

Let’s keep it real: it was the explorers, pioneers and immigrants from Europe (Britain, France, Holland, Germany, Italy, Russia, Ukraine etc.) who BUILT BC’s communities, DEVELOPED BC’s lands, FARMED BC’s fields, MINED BC’s resources and DEVELOPED a BC society that helped make Canada so rich today … and despite its imperfections … a GREAT nation and democracy!

No mention from Mark about how important it is for the NDP museum to respect, commemorate BC’s European heritage.

Nor did she point to the contributions/sacrifices of millions of British Columbians from China, Japan, India, Philippines and other nations, whose stories also deserve to be told in the new museum.

The NDP Minister only referred REPEATEDLY to how important it will be to have the “BC Museum of History” tell the FULL First Nations narrative.

Remember, in December, the museum dismantled/removed its highly popular recreation Old Town, highlighting thousands of artifacts and showing the small-town lifestyle of non-Indigenous BC pioneers.

And removed the display re-creating the HMS Discovery’s ship quarters of Captain Vancouver’s 1792 landing in BC.

So the sense I get … from the government’s own statements and political involvement … is that the “new” BC Museum of History will indeed … as I wrote in my previous blog … feature more NDP-directed propaganda than unblemished, truthful BC history.

As for the price tag … it’s beginning to look like even a BILLION DOLLARS will not cover it!

With inflation expected to continue, and rise even more, interest rates, design costs, seismic work (including the usual “unforeseen problems” and, of course, the resulting higher construction costs over the next eight years … I predict the final total cost could hit as high as TWO BILLION!

Just think how that sum could instead improve health care, hospital waits and schools in BC … and maybe even lower BC’s highest gas taxes in North America!