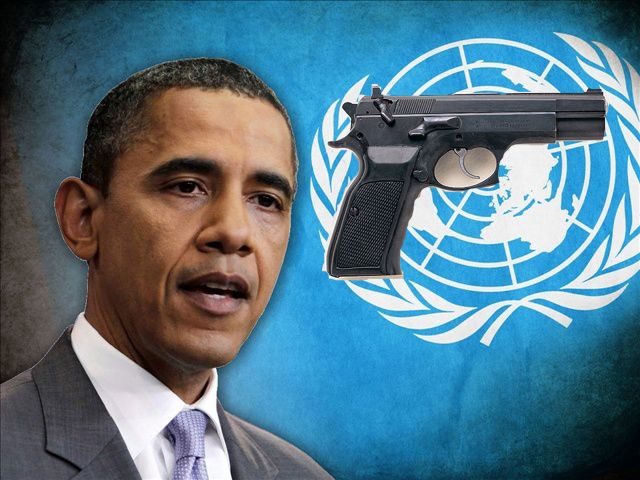 “After a shooting spree, they always want to take the guns away from the people who didn’t do it. I sure as hell wouldn’t want to live in a society where the only people allowed guns are the police and the military.” — William Burroughs

We’re looking at a grotesque con here. A hustle. And the predatory politicians lying about guns know they’re lying. They’re disgusting. Repulsive. Sane people can smell the stench rising from them miles away.

First of all, 99% of the people who own guns—I don’t care what kinds of guns—don’t shoot other people. They don’t.

So a legitimate politician who has eyes to see and is honest—there are a few—would say this:

This would clear the air.

It would also put mass spree shootings in proper perspective, since they account for only a fraction of ongoing chronic gun crimes.

So…on a map, what areas do you think this honest politician would circle? Where are most of the gun crimes being committed—not because the guns are going off by themselves, but because actual people are shooting them.

Who are the people doing most of the shooting in those cities?

Which people in those cities are putting residents under the most fear on a day to day basis?

So here’s a unique idea. Go after the people shooting the guns.

Don’t jabber about taking the guns away from everybody—that’s what the predatory leaders are doing…and they KNOW that won’t solve the situation. They know. Which means they don’t really want to stop the shooting and the killing and the wounding.

But the gangs are immune. They have privilege, for several reasons.

One of those reasons is: according to media and most of government, law-enforcement may not go after groups of black men. That’s it in a nutshell.

Doesn’t matter that those groups of black men are gangs who are responsible for an extraordinary number of gun crimes.

Here’s a bonus fact. What else do gangs do that is destroying many, many lives every day? They distribute and sell killer street drugs for drug cartels. Crack, meth, fentanyl.

What do the cartels do with the massive amounts of money they make? For one thing, they wash it through banks.

This is called a clue, my friends. A clue as to why gangs are protected. They’re good for business. Big business.

Black Lives Matter, which has been funded with major white money, has functioned as a front for the cartels and the banks, in the sense that BLM has completely diverted the American people from thinking about ongoing gun violence and massive drug trafficking operated by cartel agents—THE GANGS—and instead has pressured millions of people to focus on cops killing black people.

But of course, Black Lives Matter will tell you these comparative numbers don’t Matter at all. Just mentioning them is an act of systemic racism.

Sure it is. Right. Of course.

In reality, some black lives matter more than others. The innocent black people who are robbed at gunpoint, wounded and killed by bullets, held in fear of violence in their own neighborhoods—they matter less than black gang members who are doing the robbing and wounding and killing and selling the killer drugs and owning the neighborhoods and filling those neighborhoods with fear.

Consider this scenario: A very large corporation has been shoveling funds to Black Lives Matter. That corporation is operating on very slim profit margins. In fact, it’s heading right into the red. It has to take out a huge loan. What kind of money could it reach for, if it quietly wants to obtain the best possible terms?

Who protects that drug money? BLM. It does it by protecting the gang traffickers. It does THAT by focusing Americans on violence committed by cops instead of gangs.

Who knows? In the world we’re living in, you might be working for a corporation that is floating on drug money—or even a company that was launched by a cartel laundering its money.

Those companies are all over the place. Criminal organizations start them all the time.

The companies are brought to you by gangs with guns on the ground in major cities, who are wounding and killing and robbing people, and doing the grunt work of distributing and selling the drugs that make the big drug money for the cartels, who use that money to launch “legitimate” companies.

This is also Culture:

The kids love it.

Let me boil all this down by presenting an imaginary Congressional hearing, in which a black ex-BLM member spills the beans:

Why did you leave BLM?

Because I saw what it was really doing.

And what is that?

BLM is making it socially and politically impossible for law-enforcement to go after black gangs who are shooting black people in inner cities. And BLM is essentially controlling public perception. Making the public see only the instances where white cops kill black people.

I see. So that means—

That’s not all. Aside from shooting and killing black people, the gangs are selling and distributing drugs for the Mexican cartels. Making huge money for the cartels. The cartels wash that money in banks.

Wait a minute. We aren’t here today to talk about banks.

Oh yes we are. BLM is by proxy working for those banks. The banks need the gangs to stay free of major prosecution. Because the gangs make money for the cartels and the cartels wash that money in banks.

I’m calling a recess now. This is getting way off track.

—And that’s the end of the hearing.

And news outlets report the hearing as a minor story for one day and it never surfaces again.