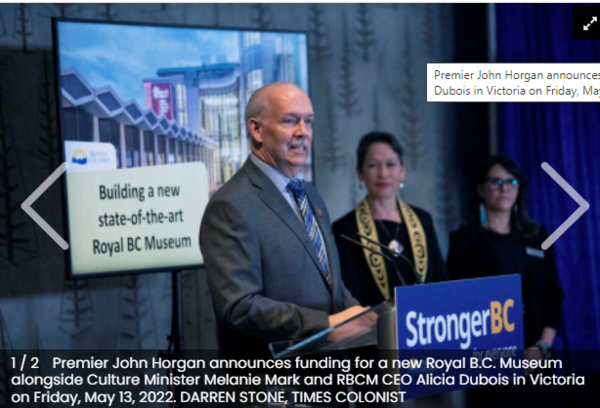 The Royal British Columbia Museum— a destination for nearly one million tourists and locals every year — will be closed in September, torn down and replaced with a modern building in 2030.

Fifty-four years after the museum complex opened as a Centennial project, the province announced Friday it will invest $789 million to build a modern replacement.

Combined with the $224-million archives and collections building currently being designed in Colwood’s Royal Bay neighbourhood, the total price tag is $1 billion, which Premier John Horgan called the most significant cultural investment in British Columbia’s history.

The five-building museum complex, spread over five acres, has not seen any significant renovations in decades. It’s considered outdated, insufficiently accessible and filled with asbestos, and officials say it’s putting the collections and the people who visit and work there at risk.