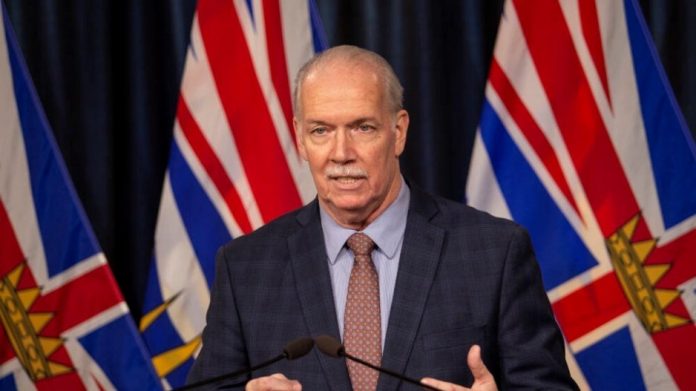 A judge should find Premier John Horgan and Lt-Gov. Janet Austin broke B.C.’s fixed election date law when Horgan called a snap election in 2020, according to a lawyer for Democracy Watch and the founder of Integrity BC.

Emily MacKinnon, appearing before Justice Geoffrey Gomery, said May 12 in BC Supreme Court that the Sept. 21, 2020, dissolution of the legislature contravened the Constitution Act’s fixed election date clause. The election should have been Oct. 16, 2021, but it happened 51 weeks early on Oct. 24, 2020. Horgan took advantage of a perceived lull between the first and second waves of the coronavirus pandemic for the snap election and won a 57-seat BC NDP majority.

“While it leaves some room for elections to occur outside of that fixed schedule, it does not permit a snap election call while the government holds the confidence of the House and in the midst of a provincial state of emergency and a global pandemic,” MacKinnon said.