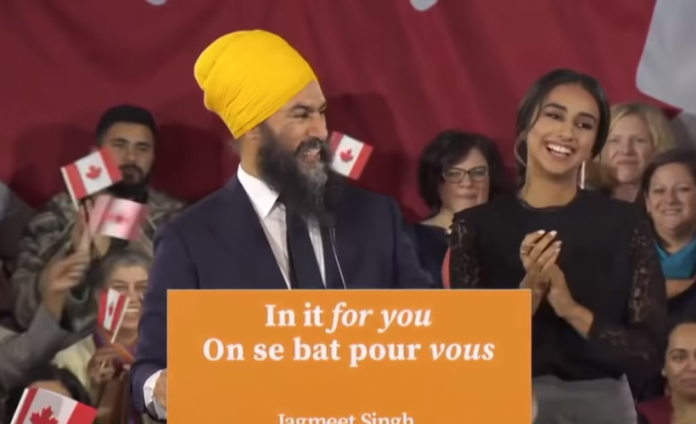 This week, the Conservatives and Liberals voted down a Bloc Québécois motion to remove a prayer that begins the day’s proceedings in the House of Commons.

NDP Party Leader Jagmeet Singh voted in favour of its removal. It’s becoming increasingly clear that Mr. Singh has a problem with Canada’s ties to Britain, in addition to its official religion of Christianity.

As reported by the National Post, “the 30-second prayer is non-denominational”– a dubious claim at best. The prayer includes a reference to God. Much to the chagrin of Mr. Singh, the Sikh God Waheguru is not the deity being referenced.

We uncover a consistent pattern in the politicking of NDP Leader Jagmeet Singh, as he articulates in the following:

“I don’t see the relevance of it [ties to Britain] and I don’t think that most Canadians do,” Singh told CTV News in November, 2018. Not only does the NDP Leader maintain an animus toward Britain– he thinks even less of Canada:

“The reality is: our Canada is a place of racism, of violence, of genocide of Indigenous people.”

Extent of media condemnation the NDP Party Leader? Begin at zero, and continue till you get to nothing. You really have to wonder how people with this degree of animosity gain leadership positions in Canadian politics. Then again, Justin Trudeau is our prime minister.