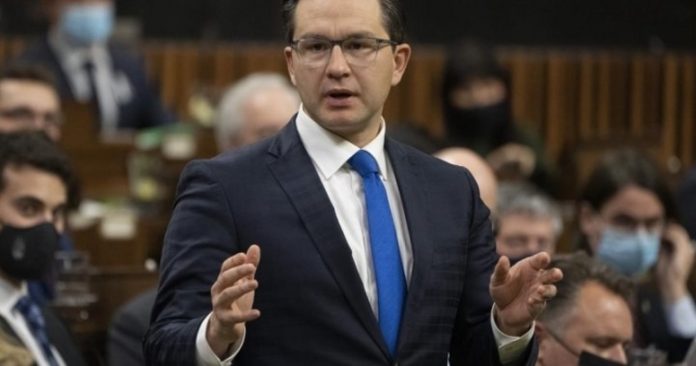 One of the leading candidates for the leadership of Canada’s Conservative Party, Pierre Poilievre , is making a lot of promises . Can he deliver?

The Windsor Star newspaper says Poilievre said : ‘Poilievre has vowed to defund the CBC——.’ Looking up the Conservative Policy on the Party’s website it talks of reforming not defunding the CBC. I quote: : ‘ The CBC/SRC is an important part of the broadcasting system in Canada. It must be a true public service broadcaster, relevant to Canadians.’

Seems Poilievre may have some of his own party to deal with on this one, not to mention all those progressives who falsely believe that without CBC the nation would fall a part.

Saying that he would double the oil production sounds like something over which he has no control . The oil companies will decide that . CBC reports on March 25 in a headline : ‘

Its one thing for Newfoundland and Labrador political leaders to want such increases to occur and for Poilievre to support it , its another thing for it to become a reality.  And if this candidate thinks revenues from extra oil production will help that Province he just has to look at how the recent leadership has poorly managed  the $30 billion already received and spent from offshore oil revenues.

The energy east pipeline is needed but is this a false promise because Poilievre knows that Quebec is opposed and Conservatives need a breakthrough in Quebec.

The now disgraced former leader Erin O’Toole came on with a bang in his leadership race and won. But his promises soon faded as he was morphed into the Ottawa swamp.

Is this then just another O’Toole with a more articulate style , and with the disastrous Liberal/NDP as a convenient foil.

Is his party still controlled by all the same un named players who are more interested in a  global world consistent with the vision of the World Economic Forum where we loose over time more and more of our sovereignty?

by The Honourable Brian Peckford