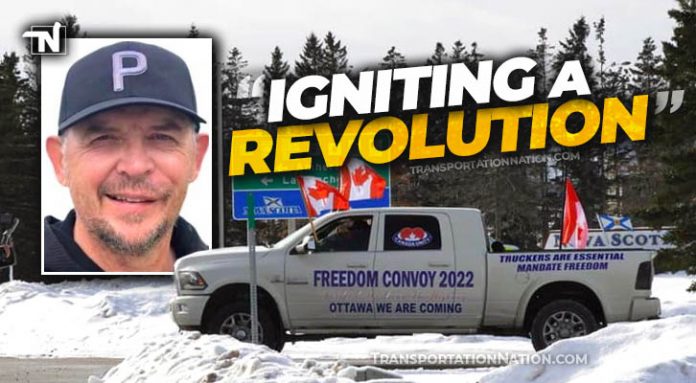 Calgary, AB — A Canadian hockey legend is praising truckers leading the unprecedented convoy headed to the nation’s capital this weekend.

In an appearance Tuesday night on Fox News, the two-time Olympic gold medalist said Canadian truckers have started a “revolution.”

“There’s 50,000 truckers and about 1.4 million people headed to the Parliament in Ottawa and they are going to stay there until [Prime Minister Justin] Trudeau resigns or they give us back all of our freedoms and rights,” Fleury told host Laura Ingraham. “What we are seeing in the country right now with these truckers, it honestly has ignited the entire country.”

Transportation Nation Network (TNN) first broke the story in the United States early last week and it has since grown into an event of international importance.