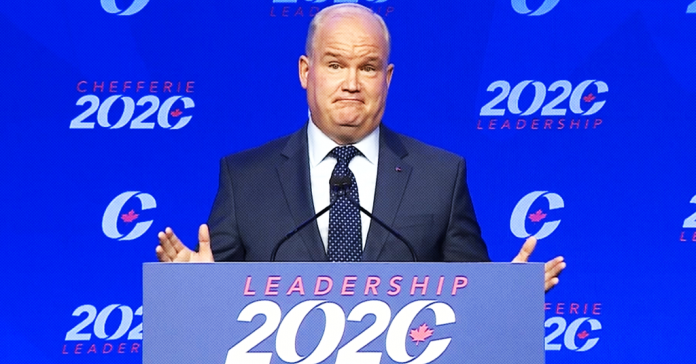 White, bald, conservative– Conservative Party leader Erin O’Toole has all the “qualities” to land him in the Canadian media doghouse.

“With this one astonishing claim, Erin O’Toole let us all down.”

Such goes the bi-line from an article in the Toronto Star. In case readers are not aware, the Toronto Star hates Erin O’Toole. What his claim is doesn’t matter, nor does the fact that he didn’t let all Canadians down.

What really matters is that media battering ram TorStar despise the Conservative Party, as well as “small-c” conservatives in general. The same applies to all mainstream media outlets in our country.

It has been the state of affairs since the day Justin Trudeau ascended to the throne of Canada. Blatant and obvious it is. Yet, because media control the narrative, this reality is not properly understood.

While article after article rip Erin O’Toole to shreds, NDP Party Leader Jagmeet Singh has transitioned to “Mr. Untouchable.” There hasn’t been a negative word from the press on this guy since the Komagata Maru was refused to land on Canadian soil.