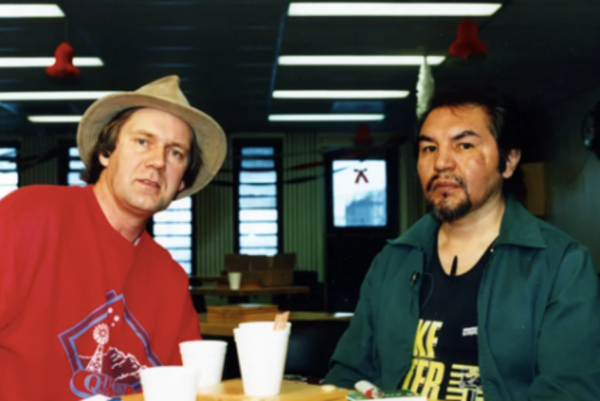 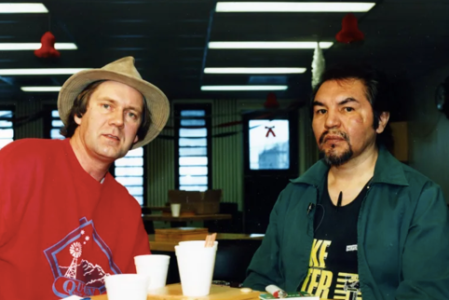 You do remember Wilson Nepoose, don’t you?

In the early 1990s, the Cree Indian and drifter was top news story when he was set free from a federal prison in Edmonton, Alberta. The reason: Police screwed up … they got the wrong guy.

Wilson Nepoose had been put away for a murder he had nothing to do with. It was another miscarriage of justice for Canada’s judicial system, which has had far too many of these ‘oops’ moments.

In 1986, 43-year-old Rose Marie Desjarlais of Edmonton was strangled, her nude body dumped at a gravel pit near Hobbema, Alberta. Based on false testimony of a drunk, Nepoose was picked up and charged with murder.

Nepoose thought the charge was ludicrous, but not those on a jury. In 1987, a jury found him guilty of second-degree murder and so off to prison he went. Jurors were given a crock, and bought it 100 percent.

A judge gave Nepoose a life-sentence with no chance of parole for a very long time, putting an end to the man’s drifting. 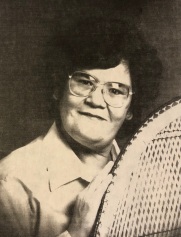 Mounties may always get their man, but this time they got the wrong one.

Cover photo: the Author [left] with Wilson Nepoose at the Edmonton Institution in early 1990s.

The years have slipped by and most people have forgotten about Wilson Nepoose, the shy man from a reserve in Hobbema, Alberta. But not Jack Ramsay. In the late 1980s, at the request of Nepoose’s brother, Lester, and his sister-in-law Debbie, Ramsay reopened the murder file …

The cop-at-heart who never really hung up his badge discovered a can of worms … then he went fishing. Ramsay learned that RCMP investigators had coerced drunken Crown witnesses to tell tall stories — as in they “witnessed” Nepoose murder Desjarlais. Total bullshit. In fact, they hadn’t seen a darn thing.

If that wasn’t bad enough, officials in the Crown’s office — well aware of shenanigans by their key witnesses — chose to look the other way. In an article in Alberta Report, Ramsay pointed out that likely would have never happened if Nepoose had been white.

To Ramsay’s surprise, maybe not, he came across a series of missteps and screw-ups — including perjury by two key Crown witnesses. Combing through internal documents that were never made public, he also learned that some very senior people — top Mounties and a judge — had also dropped the ball.

The Nepoose case had been a judicial gong show, though it was no fault of Edmonton criminal defence lawyer Bob Sachs. Sachs was a bull dog, fighting hard for his client.

In the early 1990s, the evidence the ex-Mountie uncovered allowed Nepoose to be released from the Edmonton Institution. At the time, I was a crime reporter with CBC Radio. Using my prison contacts, I managed to snare an exclusive interview with the “killer” on his final day behind bars. Naturally, CBC TV wanted in on the action, which is why there’s archival video footage of the Nepoose interview.

I did not hold onto the audio recording Nepoose and I made in the prion’s visitor’s room [remember, we’re talking three decades ago] — but I do recall Nepoose being calm, almost subdued as if he was on drugs. Actually, he was — on medication prescribed by  a prison doctor.

Nepoose spoke slowly and carefully. I would have been pissed if I’d been put away for five years for a crime I didn’t commit. Without displaying any bitterness, Nepoose maintained he had not killed Desjarlais, hadn’t even met the woman. Still, here he was … wearing a green prisoner’s uniform and forever labelled a killer. Only Wilson’s relatives and Jack Ramsay seemed to believe him.

By this time, Ramsay had again been making headlines by uncovering evidence that proved beyond a shadow of a doubt that Nepoose was innocent.

There was a touching scene in an Edmonton courtroom in 1992 when a judge overturned the murder conviction, paving the way for Nepoose’s release. An RCMP officer walked over to Jack Ramsay and shook his hand …

Back to Wilson Nepoose’s final prison interview … the prisoner said he looked forward to being released, cleaning his name and getting on with his life. Strange thing, I don’t recall him ever bringing up money as retribution for a wrongful conviciton.

I also didn’t bring up his history with booze and petty crime, and perhaps I should have, I don’t know. I’m of the opinion that too many in the media live in glass houses.

The very next day, there was a news conference in downtown Edmonton with dozens of reporters and ‘shooters’ [camera folk] on hand to hear what the just-released Willy Nepoose had to say. I was there as well. I recall setting up my mike on a table directly in front of the former prisoner. Nepoose looked up, smiled and simply said, “Hi Byron.” I shot back, “Willie, what the hell are you doing here?”

That’s the last time we spoke. I can’t remember doing another story on Nepoose until the spring of 1998 when his skeletal remains were found in a wooded area near Hobbema. The official word was that a few months earlier, Nepoose had been drinking heavily at his sister’s house and wandered off into a blizzard.

Let’s go back even further … to July 1972. That’s when an RCMP graduation photo of a young Jack Ramsay graced the cover of Maclean’s, a popular news magazine in Canada. The disillusioned officer had quit the Mounties, laying his grievances right out there in a lengthy [and eye-opening] article.

I was living in Finland at the time and so wasn’t aware of the story … but after I returned to Canada and got back in the media, I discovered that because of the magazine piece, Jack Ramsay had been hit with unexplained job losses. Turns out, the job losses were the direct result of secret meetings between the Mounties and his employers. Nice country we live in, I thought.

Gotta say, I admire whistle-blowers — such as Jack Ramsay — for having the guts to go public about wrong-doing in the workplace. I felt for the man after he was blackballed. He had a family to support. I was living in Toronto then and when I moved out West, to Edmonton, Ramsay and I would finally meet.

Jack Ramsay and I have maintained brief contact over the years and [full disclosure here:] and when Jack phoned this summer inquiring about publishers who might be interested in his book, I suggested he self-publish on Amazon, and I showed him how this could come about. Meanwhile, Jack was being nudged by family and friends like Jim Tarapaski to get the Wilson Nepoose story out.

The 400-page paperback is an autopsy of a murder investigation that seriously went off the rails.

At the heart of the scandal was the Mounties’ coercion of drunken Crown witnesses who lied through their teeth and — here’s the tough part — are you sitting down? — a criminal justice system that was far more interested in protecting itself than ordinary Canadians. Especially Natives.

Ramsay’s book is in paperback, available at Amazon in a dozen countries — including Canada and the US. Price is $17.99 CDN.

It’s a great read because Jack searches for the facts and names names. Click on the book [or click on PREVIEW] which will bring you to the book [on Amazon.ca] …

Wilson Nepoose grave is marked by a wooden cross at Hobbema. RIP Wilson. I hope you’re doing okay on the Other Side.

And in spite of Jack Ramsay’s negative experiences with the Royal Canadian Mounted Police, the man doesn’t knock the force. He salutes the good work individual officers do. He’s just never been a big fan of corporate sleaze and corruption.

Dead Man Under a Pool Table

Dad is not a Killer!