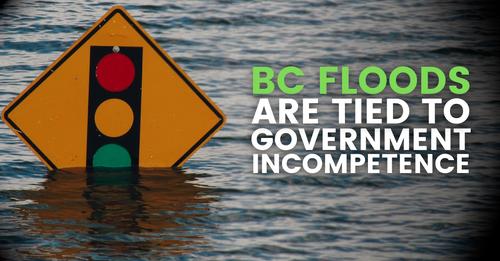 As more information pours out over the recent flooding in British Columbia, it is becoming evident that government incompetence played a major role in the ensuing destruction.

A new report by the Vancouver Sun has shut down the BC NDP government’s attempts to hide behind the climate change narrative to avoid the responsibility of dealing with a natural disaster.

For years, the BC NDP government has known that a dike in Abbotsford meant to prevent these exact circumstances was doomed to fail.

They were even consulted in a report from 2015 after the BC government hired consultants to assess the 75 dikes in the Lower Mainland.