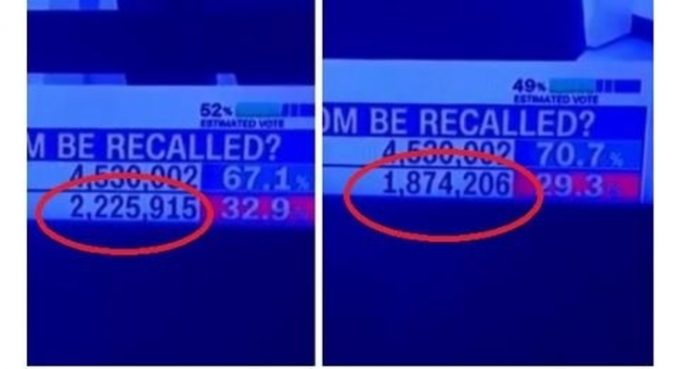 California: On the night of the election to recall Governor Gavin Newsom, over 350,000 ballots tabulated in favor of removing him from office disappeared on a live CNN show. It is impossible to lose votes already counted in an honest election. The AP responded that this issue occurred due to a human error. There is video showing nine similar incidents that occurred during the 2020 Presidential election.

In addition to rolling back votes to remove Newsom, absentee ballots remain the largest source of potential voter fraud. Police found 300 recall ballots and multiple California drivers licenses in a felon’s car. There is good reason to think, based on that, ballots have been stolen, election officials told Republican voters that they have already voted, indicating that another party used the Republicans’ ballots.