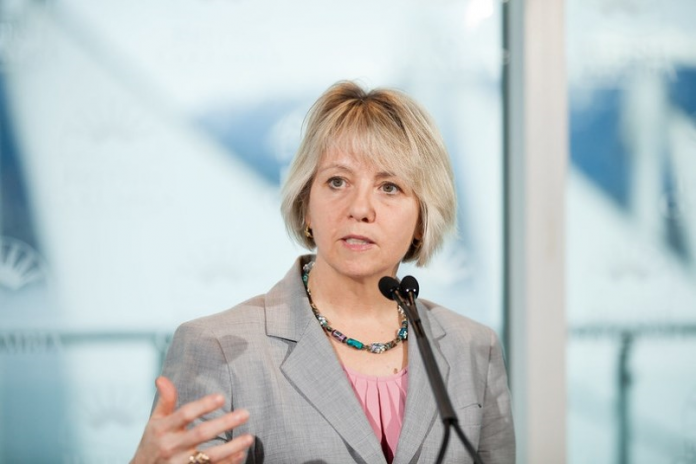 A prison of her own making

letter to the Editor of Castanet.net

Due to her extreme divisive actions (B.C. Provincial Health Officer Dr.) Bonnie Henry has imprisoned herself inside a jail of health tyranny of her own making.

Once a rather benign, inoffensive lady preaching understanding, empathy and tolerance, she has morphed into something else. I actually think that she’s being threatened, blackmailed or coerced. It’s the only explanation as to why this unelected official has doubled down so heavily and unpleasantly in her attacks against those that defy her. Or for how she has almost changed into a different person. No plans for vaccine passports, then only weeks later vaccine passports arrive. No plans to have them permanently, but then the national debt generator himself, (Liberal leader Justin) Trudeau, offers millions to the provinces to create their vaccine passports and temporary “vaxports” are announced. Social division will only widen further.

Defiance is what it has now become—the framing of people who seek their own health choices as “anti-vaxxers”, when many have taken conventional vaccines all their lives. Some have chosen to wait until more longitudinal studies are complete, and others who have undertaken informed consent or risk analysis and decided not to get vaccinated.

The sheer level of anger, hate speak and vitriol against this demographic is horrendous. Attacks, insults, threats, coercion, discrimination, and social marginalization. Henry is in a race to the bottom and lacks the political ability to understand she cannot win this war. Attacking the public is a strategy of total failure and last resort, where she can only lose and to that end she is being used as a disposable pawn by those above. Cases are higher than this time last year as are hospitalizations and with such a high vaccination rate, it would appear Henry is lashing out in frustration while actually raging at herself for her failure and the hopelessness of her strategies, which are failing elsewhere such as the U.K. and Israel. But there is nothing to learn if one is unwilling to open their eyes and accept reality.

B.C. is actually back to Step 2 rather than progressing towards any reopening plan, a total failure that sits solely on Henry’s shoulders. We were told that with a high vaccination rate we would be escaping the health tyranny, but it worsens. So much for empty government promises. Yet no questions are being asked about the causes of this failure. And by that I mean seriously powerful discussion, debate, analysis and critique, not blame, anger and finger-pointing. High levels of vaccination but we are even further away from the light at the end of the tunnel. I’d go as far as to say that it seems so dark, there’s no end in sight.

We know that this is no longer about health. It has a broader socio-political context. It is about Henry and Dix’s rage against defiance to government control, and against refusal to comply with a system that attacks and punishes people. If it was about health, Henry would have promoted the use of vitamin D and shared the research to prove its positive effect on general health in northern latitudes (Canadians are incredibly low on vitamin D uptake) and on Covid outcomes. Gyms would have been open and subsidized so that the western pandemic of obesity could be fought to help reduce the severity of Covid outcomes. A “fat war” is justified rather than a cruel nasty “fatwa on the unvaccinated”.

So Bonnie is in her self-imposed prison, unable to walk around town without being harassed. And despite the CCP-style “vaxports” and people volunteering to be walking QR codes, we are free.

Henry is just like Trudeau, attacking the general public and now so unpopular they are no longer free people. It’s notable that (Conservative politician) Pierre Poilievre is free to sit talking with contractors in Ontario or visit small businesses, yet Trudeau has rocks thrown at him and receives abuse from angry mobs. To quote Trudeau “the answer to tyranny is an election.”

Henry has made her own Covid prison, and now she must live in it.