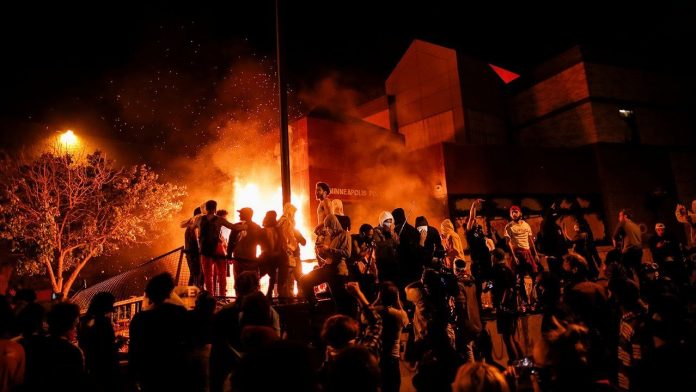 Devin Hogan, the chair of the Minneapolis Democratic-Farmer-Labor Party which is the state affiliate of the national Democratic Party, wrote in an op-ed for Southside Pride that “the cops started it.”

“At this point the world was paying attention. Friends and family were reaching out. How come words won’t satiate people? Why Minneapolis? The cops started it, I replied. They killed George Floyd and took every opportunity to escalate, agitate and make things worse. The cops are rioting and the people are responding,” Hogan wrote.