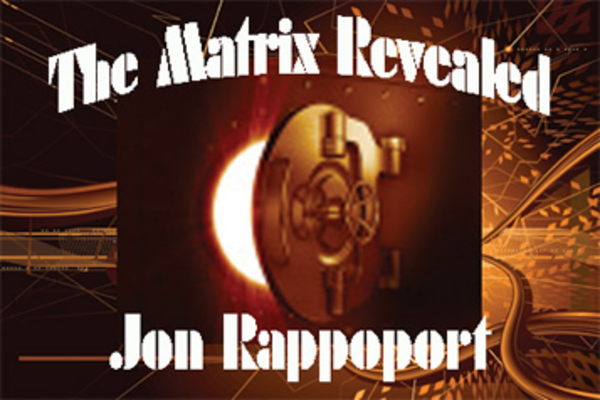 First of all, I have to re-emphasize a point I’ve made many times: SARS-CoV-2 doesn’t exist. I’ve been proving that for over a year.

BUT I don’t stop there. I temporarily enter the official world where people assume the virus does exist, and I reveal many internal contradictions and lies and cover-ups within that world.

Some readers, who possess sub-standard literacy, believe I’m contradicting MYSELF. They think I’m saying the virus doesn’t exist and does exist.

Analogy: People sitting inside a theater are watching a movie, and they believe it’s a real world. They react in all sorts of strange ways, based on that assumption. You’re standing outside the theater, looking through the window. You can just say, “They’re all crazy,” and leave it at that, or you can say, “They’re all crazy,” and THEN walk inside the theater and get a good look at what they’re up to as well. That’s what I do.

That’s what I’m doing in this article, which is about the FDA and their emergency authorization of the COVID vaccine, despite knowing the vaccine didn’t pass muster, didn’t even vaguely rank as effective in the clinical trials.

Because lots of people in the clinical trial became COVID cases after being vaccinated.

In other words, the FDA knew, right from the get-go, that many so-called breakthrough cases would develop. They knew many vaccinated people would become COVID cases.

This knowledge should have prevented the FDA from granting emergency use authorization for the vaccine—but it didn’t.

(Reminder: We’re in the crazy fake theater now, where the virus is real, the PCR test is meaningful and accurate, the vaccine is necessary.)

It is dated December 10, 2020. The date tells us that all the information in the document is taken from the Pfizer clinical trial, based on which the FDA authorized the vaccine for public use.

A key quote is buried on page 42: “Among 3410 total cases of suspected but unconfirmed COVID-19 in the overall study population, 1594 occurred in the vaccine group vs. 1816 in the placebo group [who received a saltwater shot].”

Those shocking numbers have never seen the light of day in news media.

The comparative numbers reveal that the vaccine was not effective at preventing COVID-19. It was certainly not 50% more effective than a placebo shot—the standard for FDA Emergency Use Authorization.

To make all this clear, I need to back up and explain the theory of the vaccine clinical trial.

The researchers assumed the SARS-CoV-2 virus was spreading everywhere in the world, and during the clinical trial, it would descend on some volunteers.

If it turned out that FAR FEWER people getting the vaccine became infected with SARS-CoV-2, the vaccine would be hailed as a success. It protected people against the virus.

But as you can see from the numbers above, that wasn’t the case at all.

So now we come to the vital weasel-phrase in the FDA document I just quoted: “suspected but unconfirmed COVID-19 [cases].”

“Well, you see, we can’t say these were ACTUAL COVID-19 cases. Maybe they were, maybe they weren’t. They’re in limbo. We want to keep them in limbo. Otherwise, our clinical trial is dead in the water, and we’ll never get approval for the vaccine.”

What does “suspected cases” mean? It can only mean these people all displayed symptoms consistent with the definition of COVID-19, but they’re unconfirmed cases because…their PCR tests were negative, not positive.

However, if their tests were negative, why would they be called “suspected cases” instead of “NOT CASES”?

Something is wrong here. The FDA is hedging its bets, muddying the waters, obscuring facts.

By FDA/CDC rules, a case of COVID-19 means: a person has tested positive, period.

That’s the way cases are counted.

These thousand-plus volunteers in the Pfizer clinical trial were either COVID-19 cases or they weren’t. Which is it?

The official response to that question is obvious: the FDA decided to throw the data from all those “suspected cases” in the garbage and ignore them. Poof. Gone.

Why do I say that?

Because if the FDA had paid serious attention to the “suspected cases,” they never would have authorized the vaccine for public use. They would have stopped the clinical trial and undertaken a very deep and extensive investigation.

This is called a crime.

“But…but it’s not that simple. This is a complex situation. It’s a gray area.”

“No. It isn’t. If you were running a clinical trial of a new drug, and a few thousand people in the trial, who were given the drug, nevertheless came down with the disease symptoms the drug was supposed to cure, wouldn’t you cancel the trial and go back to the drawing board?”

“You mean if we were being honest? That’s a joke, right? We’re not honest. Don’t you get it?”

Yes. I get it. You’re criminals. Killers.

But wait. There’s more. The FDA document also states: “Suspected COVID-19 cases that occurred within 7 days after any vaccination were 409 in the vaccine group vs. 287 in the placebo group.”

That’s explosive. Right after vaccination, 409 people who received the shots became “suspected COVID cases.” This alone should have been enough to stop the clinical trial altogether. But it wasn’t.

In fact, the FDA document tries to excuse those 409 cases with a slippery comment: “It is possible that the imbalance in suspected COVID-19 cases occurring in the 7 days post vaccination represents vaccine reactogenicity with symptoms that overlap with those of COVID-19.”

Translation: You see, a number of clinical symptoms of COVID-19 and adverse effects from the vaccine are the same. Therefore, we have no idea whether the vaccinated people developed COVID or were just reacting to the vaccine. So we’re going to ignore this whole mess and pretend it’s of no importance.

Back in April of 2020, I predicted the vaccine manufacturers would use this strategy to explain away COVID cases occurring in the vaccine groups of their clinical trials.

It’s called cooking the data. It’s a way of writing off and ignoring COVID symptoms in the vaccine group.

And the FDA document, as I stated above, just puts an impenetrable cloud over all the volunteers in the Pfizer clinical trial by inventing a category called “suspected but unconfirmed COVID-19 cases,” and throwing those crucial data away, never to be spoken of again.

I’m speaking about them now. Any sensible person, looking at them, would conclude that the vaccine should never have been authorized.

Unless fraud, deception, profits, and destruction of human life via the vaccine were and are the true goals.

Finally: When you have “suspected cases,” and their ultimate status depends on doing a test, you do the test. You do it as many times as you need to, until it registers positive or negative. Then each “suspected case” becomes an actual case or no case at all.

Perhaps these “suspected cases” in the clinical trial were tested, and many of them came up positive, revealing they were actual COVID cases—but the researchers lied and covered up the fact that they were tested.

Or if you really don’t want to know whether “suspected cases” are actual cases, you don’t test them. You leave them in a convenient limbo and park them, never to be seen again.

Either way, the situation is patently absurd. By official standards, the PCR test decides whether a person is a case or not a case. Just do the test. Saying “we don’t know” is nothing more than a con and a hustle.

I’d love to hear the researchers try to talk their way out of this one. Here is how the conversation might go:

“So you’re saying these several thousand suspected COVID cases couldn’t be adjudicated one way or another?”

“That says something devastating about the test itself.”

“I see. And this ‘indeterminate’ result occurred in more than a THOUSAND suspected cases.”

“You know, you could have done something else with these suspected cases. A different test. You could have taken tissue samples and looked for the virus itself in a more direct way.”

“Because no one has been able to come up with a specimen of the actual SARS-CoV-2 virus.”

“So tell me—what does that indicate? I’ll tell you what it indicates. You can’t prove the SARS-CoV-2 virus exists. It doesn’t exist.”

“You’re late for more than just a meeting. Is it true a person becomes a virologist by cutting out a coupon from the back of a comic book and mailing it to a PO Box in Maryland?’

“The PO Box is in Virginia.”