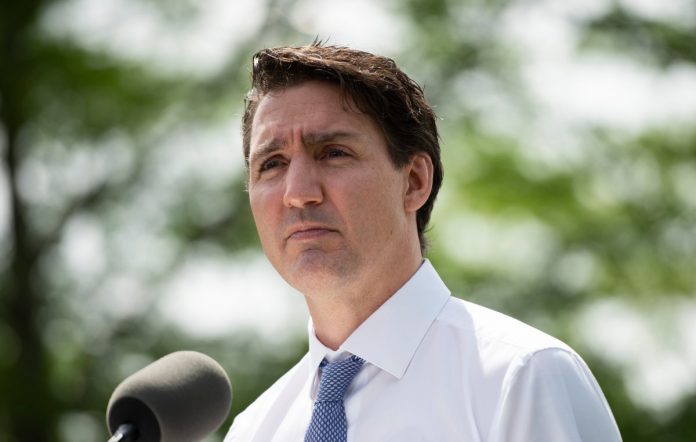 A independent Canadian media outlet this week published details on a news story that mainstream media has neglected to expose.

An independent Canadian media outlet this week published details of a news story that mainstream media has neglected to expose:

“Mr. Tatto threatened Justin Trudeau on social media and had real weapons at home said he was ready to die and talked about civil war.”

Not one legacy media outlet reported on this incident. They did a little better when it came to an incident in 2017, when a Saskatchewan man has been found guilty of uttering threats against the prime minister after posting expletive-laden posts on Facebook saying Trudeau should be shot.

“If the Canadian liberal voters won’t stand up for all Canadians and demand better conduct by the Trudeau government I’ll c*t off the head if the snake myself and go down in the history books as the man who saves Canada,”  Christopher Hayes stated.

Cultural Action Party do not advocate or condone violence. What we will state is that PM Trudeau has a way of cultivating visceral anger among citizens like no other political figure who came before him.

Mr. Trudeau maintains a unique “quality”– not only is he the first prime minister to ignore the will of the majority. He is the first to behave as if this majority do not exist. To make matters more extreme, he tops this off with holistic dedication to “non-traditional” elements of society.

Anglophone-Canadians are irrelevant. 3rd World Canadians are the belle of the societal ball. Christian Canadians have transitioned to a meaningless status. Sikhism and Islam are today Trudeau’s religions of choice.

So obvious, so blatant– so entirely ignored by mainstream media. The irony of the outcome should be making common sense Canadians shake their collective heads.

How on earth does Justin Trudeau get away with preaching an endless sermon of social equality, while advancing community divisiveness like no political figure before him?

No wonder “Old Stock” Canadians are angry–a phenomenon placed on steroids by the fact that establishment media refuse to utter a single sentence about the phenomenon.