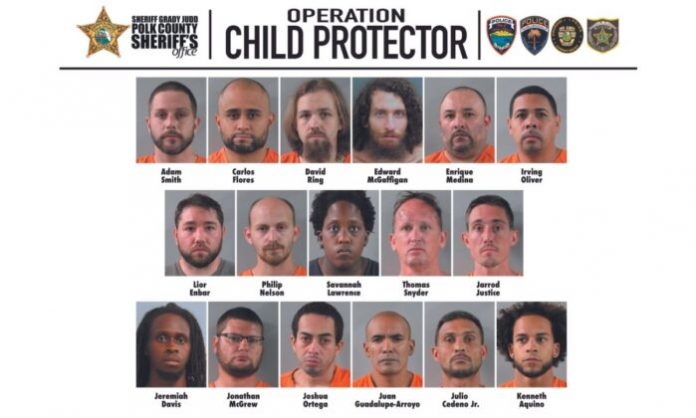 As part of a sting on suspected child predators in Florida this week, 17 people were arrested, including several Disney World employees.

As WFLA reported, 16 of the arrested suspects are from Florida, while the final suspect was visiting from Los Angeles. Police have stated that all of those arrested had actively planned to engage in sexual activity with who they believed were minors. When the suspects got to places where they had arranged to meet with children, they were instead met with undercover police officers who posed as children online.

“These are nasty, nasty, nasty people, and when we go through this, understand that obviously, we can’t even use the words they used,” said Sheriff Grady Judd of Polk County, Florida. “We obviously can’t show you the pictures and the video clips that they sent to what they thought were 13-year-old little girls and little boys.”