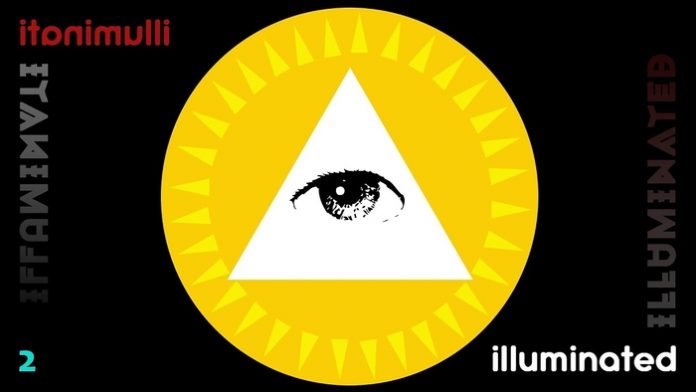 …Then what are the Illuminati illuminated ABOUT?

They’re illuminated about their own invented narratives and story lines and symbols and ceremonies and rituals—which, when you add them up, result in ART; in that case, perverse art.

Every secret society and organized religion…if you stripped them of their art, what would they have left? About as much hair as Sampson, after Delilah clipped it off.

It’s easy to say, “Oh, but the masses are incapable—one person at a time—of becoming artists who individually invent and shape their own highest realities, so why even bring it up as a possibility? Just forget about it and let life go on as it always has.”

But here is the problem. When the individual believes he is unable to invent his own reality, he accepts what perverse groups design for him. He’s entranced by their symbols and story lines and pretended metaphysical insights and their systems of illumination and their concocted theatrical ceremonies and rituals. He doesn’t see the art and artifice because he doesn’t see art at all.

So he says, “My church, my secret society doesn’t invent anything. My church has DISCOVERED a connection to the ultimate reality, and I’ve joined them.”

It’s the same with the so-called science of virology. “These researchers aren’t inventing fictitious stories about the existence of viruses. They’ve DISCOVERED the viruses. I don’t know anything about that process. How could I? But they’re QUALIFIED. So I accept what they say. If it means I have hide my face with a mask, lock myself up in my home, bankrupt my business…so what? It’s NECESSARY.”

“Inserts in the brain? Nanoparticles as sensors inside the brain, receiving instructions from Control Central? QUALIFIED people would handle that, so let them shape my perception with those inserts. I’m sure it’ll work out well. I mean, SOMEBODY has to be in charge of reality. I’m certainly not. How could I be?”

Huxley, Brave New World: “Hot tunnels alternated with cool tunnels. Coolness was wedded to discomfort in the form of hard X-rays. By the time they were decanted the embryos had a horror of cold. They were predestined to emigrate to the tropics, to be miner and acetate silk spinners and steel workers. Later on their minds would be made to endorse the judgment of their bodies. ‘We condition them to thrive on heat,’ concluded Mr. Foster. ‘Our colleagues upstairs will teach them to love it’.”

Groups, large and small, are made to limit the elasticity of reality.

Here is the kicker. No one knows what any individual, over the course of his life, would invent as HIS OWN reality…but there is a general consensus that it would be too dangerous to find out, to allow such a voyage to take place.

In other words, people, left to their own devices, are threats; so they must be controlled.

In other words, freedom must be chained up.

Of course, it’s not as if we are living in a paradise here and now, with all the restrictions on freedom surrounding us.

THAT experiment is not working out well at all.

Over the long-term, the only way out of the mazes that civilizations create and impose is: individuals need to invent their own realities.

There has to be an understanding of what this means.

No one said improving that understanding would be easy.

It requires a completely different kind of education, from the bottom up.

“Oh, but the kind of educational revolution you’re suggesting would be too difficult. It could never work…”

Newsflash: every radical departure from What Already Exists is a massive challenge.

And just to be clear, here is civilization’s counter-argument: “Reality you say? This is not something that is INVENTED. It’s DISCOVERED. It’s discovered by the people who are trained in that kind of work. What they reveal, we must follow. Because it is the truth.”

There it is, the Big Lie.