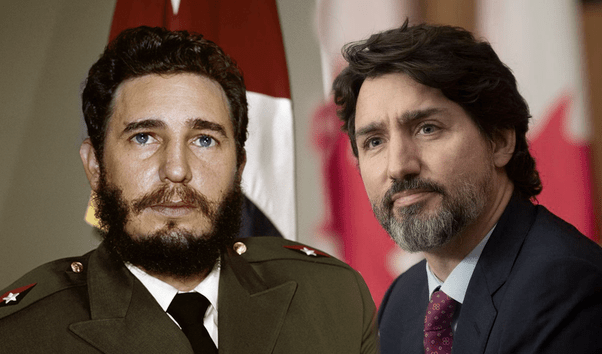 If there is any potential of our various communities living in harmony, we SHOULD ALL recognize the damage Justin Trudeau is doing to our country.

There is a cliche saying which goes like this: “doing the same things over and over and expecting different results is the definition of insanity.”

In terms of social conflict in Canadian society, one element of this is certainly true: we keep doing the same things over and over.

Nowhere is this more relevant than regarding the topic of racism. As most are aware, four members of a Muslim family were killed this week in London, Ontario in what has been reported as an act of racism. An outpouring of grief has resulted. Add to this an intense form of anger.

The outcome is manifest in a natural human tendency: the act of blaming others. It is in this area that Cultural Action Party believe the communities of Canada must stop doing the same things over and over.

There is a common consensus on the reason for inter-racial conflict. Our leading institutions are uniform in their conclusion. The answer is found in racism inherent in Canadian-born citizens. According to the three pillars of society— government, media and academia— white Canadians are intrinsically racist. Terms such as “systemic racism” colour public communication from government and media as to the root cause for race-based conflict. Colonialism is evil, and even though history cannot be altered, someone must pay the price for it.

CAP do not buy this. From our perspective, there are so many critical elements being cast aside that  it is impossible for Canadians to get to the heart of this social malady.

Government and media have a nasty habit of simplifying what is in reality a highly complex social dynamic. The main point being that inter-community conflict is not an innate human condition, but rather a product of a particular social environment.

The anger, resentment and frustration within Canada’s pluralist society is the result of decisions made by the only form of leadership we have ever had– those of Liberal and Conservative governments.

For example, it is their decision-making which sets immigration policy. It is through this policy that the demographic make-up of our nation has been formed. The overly-simplistic delivery from government and media surrounding these circumstances is one key reason for today’s social malady.

Let CAP focus on a single example: Until the year 1967, immigration to Canada was over 90% sourced from European nations. As a country established by Europeans, during the first century of existence our population was 95% percent white. It only makes sense that white Canadians would control all  government and leading institutions.

After migrants from non-European nations began to arrive in quantity, they found that European-derived Canadians dominated all aspects of society. This was not racism–it was Canada’s natural condition.

To apply 2021 morality to this piece of history is the game Justin Trudeau plays. To do this is to re-brand history as a weapon.  To intentionally decontextualize Canadian history is an act of malevolence. Lucky for Trudeau he has media to never reference this behaviour in any way, shape or form.

Are Anglophone-Canadians responsible for a dramatic shift from 90% European-derived immigration to  90% 3rd World-derived intake? No, this was established by the Liberal government of Lester B. Pearson previous to the advent of the man who set Canada up for inevitable social conflict– Pierre Trudeau.

Now, let us present a question never posed by media in the past 50 years:

If, for example, millions of white immigrants quickly permeated Saudi Arabian society, how would the local population respond? Does anyone think everything would be sunshine and roses within their communities? If the government of Iran suddenly did an about-face, and opened the floodgates to millions of Anglophone migrants, would anyone expect their citizenship to be jumping for joy?

The thought is absurd. So why should anyone expect this from the people of Canada? Government are responsible for the demographic make-up of our nation. The result has been a steady rise in social conflict, anger, bitterness,– not to mention murder. To what degree has Prime Minister Justin Trudeau made alterations tin order to reduce conflict–for example, reducing immigration intake quotas?

The correct answer is no degree at all. His agenda is as cast-in-stone as the Rock of Gibraltar. In fact, Justin Trudeau has done the opposite by establishing the highest immigration quotas in Canadian history. Do media ever allude to ideas expressed herein? Never is your answer.