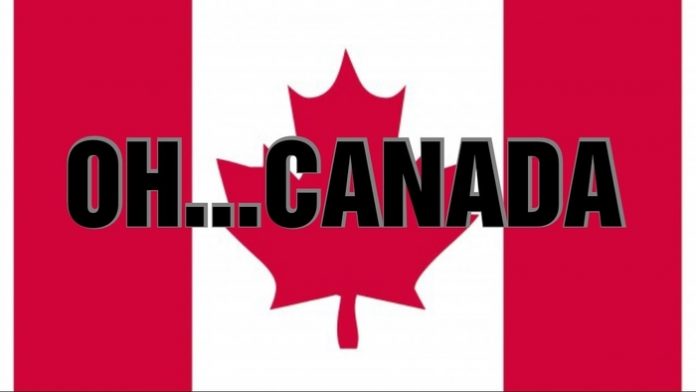 They’re called the College of Physicians and Surgeons of Ontario (CPSO).

In other words, CPSO is THE medical board. They run the show. If practicing doctors make a wrong move or say the wrong thing, CPSO is there to step on their faces and discipline them and even cancel their licenses to practice.

But now a new rebel group of Canadian MDs has emerged. Why? Because CPSO has issued a fascist edict threatening practicing doctors. Read the threat carefully.

College of Physicians and Surgeons of Ontario [CPSO] Statement on Public Health Misinformation (4/30/21): [1]

“The College is aware and concerned about the increase of misinformation circulating on social media and other platforms regarding physicians who are publicly contradicting public health orders and recommendations. Physicians hold a unique position of trust with the public and have a professional responsibility to not communicate anti-vaccine, anti-masking, anti-distancing and anti-lockdown statements and/or promoting unsupported, unproven treatments for COVID-19. Physicians must not make comments or provide advice that encourages the public to act contrary to public health orders and recommendations. Physicians who put the public at risk may face an investigation by the CPSO and disciplinary action, when warranted. When offering opinions, physicians must be guided by the law, regulatory standards, and the code of ethics and professional conduct. The information shared must not be misleading or deceptive and must be supported by available evidence and science.”

WE’RE YOUR BOSSES. YOU DO WHAT WE TELL YOU TO DO. SHUT YOUR MOUTHS. MARCH STRAIGHT AHEAD. KILL YOUR PATIENTS IF YOU HAVE TO, BUT OBEY US.

The new rebels against this monster call themselves the Canadian Physicians for Science and Truth. This is a brief excerpt from their response: [2]

“On April 30, 2021, Ontario’s physician licensing body, the College of Physicians and Surgeons of Ontario (CPSO), issued a statement forbidding physicians from questioning or debating any or all of the official measures imposed in response to COVID-19.”

“We regard this recent statement of the CPSO to be unethical, anti-science and deeply disturbing.”

“As physicians, our primary duty of care is not to the CPSO or any other authority, but to our patients.”

I wondered what medical treatments, in general, CPSO supports and tolerates. It took me three minutes to find a Toronto outfit called the Centre for Addiction and Mental Health Foundation (CAMH). They promote electro-convulsive therapy. In other words, shock treatment.

In other words, delivering electric shocks to the brain. As a cure for “mental illness.” I call it torture.

Apparently, this treatment is just fine and dandy, but telling patients the COVID lockdowns are criminal is forbidden by the Nazi bureaucrats at CPSO. Saying the vaccine is dangerous is forbidden. Saying masks are useless and harmful is forbidden.

What would happen if these medical rebels, the Canadian Physicians for Science and Truth—say, 10,000 of them—took this war to the wall?

Practiced non-harmful medicine, kept warning their patients about the sociopathic COVID regulations and the vaccine, refused to knuckle under to the Nazi bureaucrats, even to the point of having their licenses stripped and going to jail?

What would happen, as many thousands/millions of Canadians rallied to their side?

I’ll tell you what would happen. Sanity. Revolution. The downfall of the scum.

We’re at Nuremberg 2.0, people. If you don’t know what that means, look it up.

Doctors clear their vision and their brains and do their level best to HEAL, or they follow orders of the Commandants and maim and kill. It’s one side or the other.

In my 83 years, I’ve known a few very good doctors, and a number of The Cold Ones. The Cold Ones administer, without feeling or remorse, the Book of Death.

They’re ice on the outside, and rotting fungus and stench within.

Many of them sit at the top of medical boards.