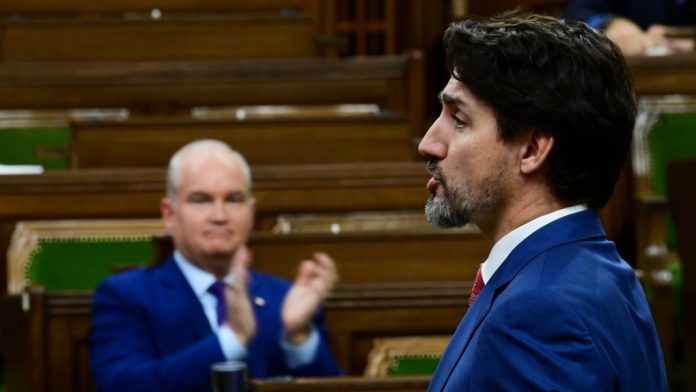 One day in the future, federal elections will be rendered futile. CAP explain the process as the Great Reset agenda rolls out over the coming decades.

Since Justin Trudeau became prime minister of in 2015,  democracy in Canada has been eaten away at like a beaver chews on a log.

Canadian governance has since become a tag-team event—government takes the lead, while establishment media dance around Trudeau transgressions to lock him in as national leader.

No matter how outrageous his transgressions, PM Trudeau remains the leader in the polls– even after botching the Covid vaccine roll-out. Here’s a nifty example:

Degree to which establishment media referenced this example of Trudeau’s foot-in-mouth disease? Try no reference at all. Nor have CBC and corporate media alluded to what Cultural Action Party consider a truism within Canadian society:

The Conservative Party of Canada will never again form a federal government. Curious it is that no matter the degree and quantity of Trudeau screw-ups, the man perpetually leads in the polls.

“If an election were held today, Trudeau’s Liberals would form a majority government,” is the line from pollster types such as Angus Reid. CAP have a different angle of the affair. It is true that the Liberal Party will not lose any upcoming election. It is also true that the Conservative Party will not win a future election–ever again.

Media intimate nothing of the sort. Nor do they allude to the idea that immigration intake will ensure this remains the case. After all, Justin Trudeau is not only importing the largest number of immigrants in history–he is importing the highest volume of Liberal voters in history.

As each year passes, the Liberals will continue to chew away at Conservative-held ridings. Thus, over time, the Liberal Party capture more and more seats in Parliament. Even in 2021, this pre-meditated election plan will secure a victory for Team Trudeau.

On this basis, what shall be the case in the year 2031? How about 2038? One thing we know for sure–whatever the impact– CBC, CTV, Globe & Mail and National Post will not write about. Mainstream media never project into the future– that’s a post-modern rule in Great Reset Canada.

If media were to utilize a political crystal ball–and do so in an honest manner– their future messaging could read something like this:

READ MORE: The Trudeau-Virus Will Transition Canada Into A Communist Nation

How about the idea that federal elections have thereby been rendered futile? You tell CAP– how much funding will the Conservatives or any other party be receiving on this basis? If party supporters understand well and good that the Liberals have a monopoly on Parliament, holding 98% of all seats, what then is the purpose of elections?

Let us back track to the year 2021. Could this be the plan of government at present? One thing which must be admitted is that whoever schemes up Liberal policy is a damn genius.

Therefore, we know it isn’t Justin Trudeau. Little chance is there that the drivers are even Canadian. Judging by the schema, it must be from borders beyond–United Nations, China, global banking, WHO, and other international entities.

So elections are one day an exercise in futility, Why then go through the motions? What a colossal waste of time. Bingo–there you have it–the end of democracy in Canada.

To attest to the schematic brilliance of this communist-derived directive,  CAP also predict something quite incredible will transpire:

The citizens of Canada are going to agree to the instillation of a one party state. The Great Reset schemers want no messy rebellions, riots or public protests. They will therefore over the decades massage the people of Canada into believing a dictatorship is best. The way to do this is to create economic collapse— followed by the proclamation that the only way to rectify the situation is a transfer to a communist-styled society.

In 2021, the ball is  rolling. It began the day Justin Trudeau became prime minister. The first step is to rid our nation of all political competition–beginning with the Conservative Party of Canada.

Never again will they form a federal government–and neither will any other existing or upcoming political party. So let it be written, so let it be done.