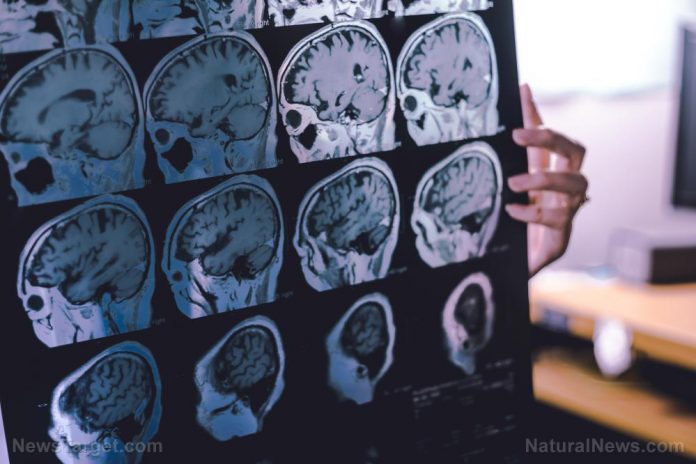 Published in the journal Microbiology & Infectious Diseases, the paper reveals that the Pfizer jab has the potential to induce prion-based diseases, which according to the Centers for Disease Control and Prevention (CDC) are neurodegenerative diseases that damage the brain.

“The current RNA based SARS-CoV-2 vaccines were approved in the U.S. using an emergency order without extensive long term safety testing,” the report reveals, referring to the messenger RNA (mRNA) technology in the jabs that has never before been administered to humans.

mRNA technology, it turns out, permanently alters human DNA, turning what used to be a human being into a chimera-like human hybrid being.

The genetically modified (GMO) proteins used in Pfizer’s Chinese Virus jab integrate themselves into the human genome where they remain permanently. There is no going back once you get jabbed, in other words.

This is confirmed by the National Library of Medicine, by the way, which determined that the impact of mRNA is irreversible. Thus, anyone who gets an experimental mRNA injection is a human guinea pig who is taking a massive health risk.

“The RNA sequence of the vaccine as well as the spike protein target interaction were analyzed for the potential to convert intracellular RNA binding proteins TAR DNA binding protein (TDP-43) and Fused in Sarcoma (FUS) into their pathologic prion conformations,” the report goes on to explain.

TDP-43, by the way, is the protein believed to cause dementia, ALS and Alzheimer’s. Similarly, the FUS protein is linked to ALS and Hereditary Essential Tremors, according to the Human Genome Database.

Did you get vaccinated for Covid-19? If so, expect to develop dementia

The purpose behind the experiment was to see whether or not these two harmful proteins embed themselves into human DNA, which is what mRNA technology does. It found that the Pfizer mRNA component “has specific sequences that may induce TDP-43 and FUS to fold into their pathologic prion confirmations.”

In other words, the jab has the potential to cause dangerous, disease-causing proteins to absorb into human DNA. This writer’s guess is that the same is true of the Moderna jab for the Chinese Virus, which uses the same mRNA technology.

“The enclosed finding as well as additional potential risks leads the author to believe that regulatory approval of the RNA based vaccines for SARS-CoV-2 was premature and that the vaccine may cause much more harm than benefit,” the report concludes.

“The vaccine could be a bioweapon and even more dangerous than the original infection.”