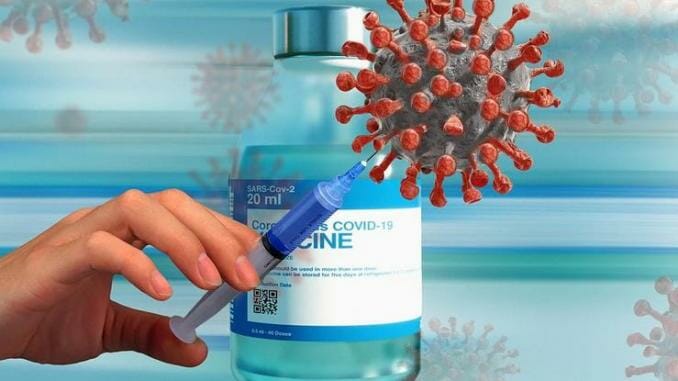 Benjamin Goodman, 32, took the Johnson and Johnson Covid-19 vaccine, got a severe headache, and fell asleep. He was awakened by seizures and died in the early morning, less than 24 hours after taking the jab. He reportedly took the vaccine because he was worried about travel passes/ vaccine passports being used in New York. Desiree Penrod, a 25-year old pre-schoolteacher, took the same Johnson and Johnson vaccine in early March. She wrote on Facebook, “The vaccine is killing me today. My arm hurts, beyond exhausted, headache, stomach cramps and earaches. Multiple people told me that I looked pale today. Yesterday, I was fine but today it’s taking its toll on me.” Facebook flagged her post with a message about Covid-19 vaccines undergoing thorough testing procedures before being approved, dismissing Penrod’s complaints over the effects of the injection. She died six days later. Desiree had a pre-existing seizure disorder and had a seizure the day before she got the vaccine. It is unknown whether she received true informed consent about the risk of the shot as the Johnson & Johnson Clinical Trial reported that there were more seizures in the vaccine group than in the placebo group (4 seizures vs. 1 seizure).

So by getting the FDA to issue an EUA, which they did on February 27th, Johnson and Johnson can now test their experimental vaccine on the public as part of their Phase 3 trials.

The vaccine is being produced in Belgium, by the same company that in the past produced the anthrax vaccine that destroyed the lives of so many military personnel.

From Circle of Mamas:

Desiree Penrod was only 25 years old. She had a pre-existing seizure disorder and according to her Facebook page, she had a seizure on Monday, March 8th, one day before she got the vaccine.

She got the Johnson & Johnson vaccine, Janssen, on Tuesday, March 9th, and the very next day began feeling very unwell.

By Wednesday, March 11th, when she made her final Facebook post, she was very ill. She was found deceased in her home on March 17th.