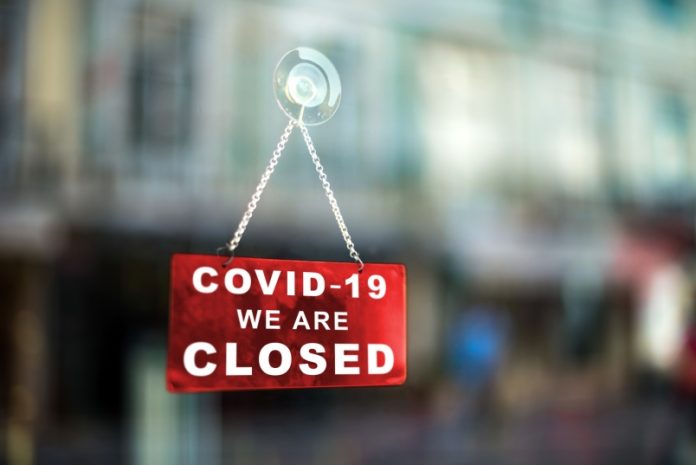 Not one media outlet has written about Christianity being the exclusive target of religious crackdown in Canada– how communist-oriented this is.

As cases continue to rise, health officials in Ottawa are worried about people gathering over the Easter long weekend. Ottawa has seen spikes in cases after long weekends in the past, including Thanksgiving and Christmas.

In British Columbia, Chief Health Officer Dr. Bonnie Henry is quoted saying “we ask about whether we’re in the third wave, it really is. It’s a slow and steady increase.”

Such as it was in the run-up to Christmas, 2020. Is there a pattern here going unrecognized within the world of “pandemic politics?”

We speak of the relationship between religion, and present-day society. Political observers may have noted the impact Covid is having upon the Christian faith. Over the past year, the pandemic has served as a major impediment regarding the gathering of Christians at church services.

What is notable is the exclusive nature of the crackdown. Within media, the Christian faith has received the lion’s share of media focus. The same cannot be said for Sikh, Muslim, Buddhist or Jewish gatherings.

Strange, is it not? An astute observer could conclude that the Covid crackdown on religion is exclusively focused upon Christianity.

Why? As PM Justin Trudeau says, “people tend to see things from different perspectives.” Here is the perspective of Cultural Action Party:

We believe the pandemic is playing a role in an erosion of democracy in Canada. In its stead, a form of pseudo-dictatorship is being entrenched within society. As advocated by our ruling government, this transition will result in the end of democratic governance in Canada.

What is coming to fill the void? This is the $88 Million Dollar question. Some thoughts in this regard: the first being that Canadians will never be informed of this destiny by establishment media. Never do CBC, CTV, Globe & Mail and the rest speculate upon Canada’slong-term future– that’s a post-modern rule.

Let us look at the sources for change. Non-democratic governance–communism in particular– is sourced from China. So is Covid. In China, Christianity is a hated religion. Covid’s impact upon Christian-Canadians is of a punitive nature.

Media play along– and so does the law:

“For the first time in six weeks, an Alberta pastor[James Coates], charged with breaking provincial health restrictions, addressed his flock in person, during a service where his 35-day incarceration was compared to the years-long imprisonment of St. Paul.”

To date, not a single case of this nature has occurred regarding non-Christian faiths. Media has no so much as hinted at a comparable case within our 3rd World religious communities.

Are we talking the persecution of Christians within PM Justin Trudeau’s “post-modern” society? If we are, we have some good company.

In 2020, China joined the top 20 for the first time in a decade, due to “ongoing and increasing surveillance and censorship of Christians and other religious minorities,”according to Open Doors Advocacy.

The top 20 Christian-persecuting nations include the following:

The Trudeau government deliver approximately $1 Billion Dollars of tax-payer monies to these nation each year in the form of foreign aid. No one says a word in protest–certainly not Canadian media.

The goal of government is simple: they do not want the people of Canada to comprehend these realities. To facilitate, media today work on behalf of government to obscure public understanding.

In communist China, media work in the very same capacity. In 2021, Canada finds itself with a similar model of propaganda dissemination.

All of this is one giant coincidence, is it? No parallels between Canada and China in this regard? Even when considering Justin Trudeau and his family’s admiration for China and communist governance?

That’s exactly what the Liberals and Canadian media want 38 million citizens to believe. For CAP, we refuse to turn the other cheek– and so should all fellow patriots.