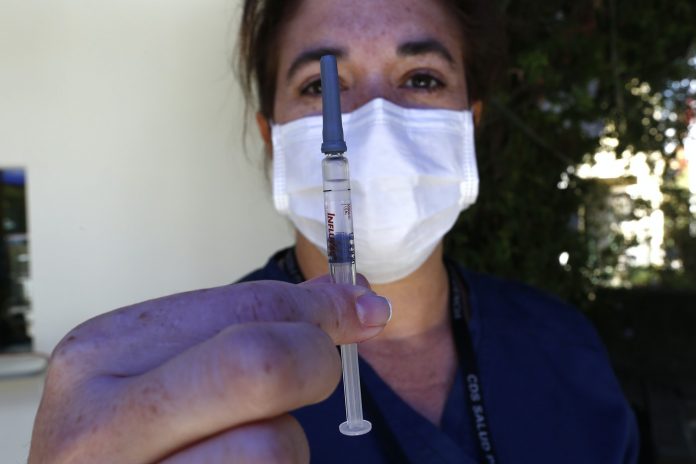 Since when did it become ethical … or legal … to do medical experiments using human beings who did NOT volunteer for it?

The BC government announced Monday it will use its own citizens to test if the second Covid vaccine dose can be delayed for up to FOUR MONTHS without serious adverse impact.

The rationale, according to Dr. Bonnie Henry, is that delaying the second dose will free up more vaccine for first doses, and thus protect more people. Even though the deviation goes substantially BEYOND the prescribed timeline for the second dose by the companies producing the vaccines.

Get the details of the BC plan here: https://infotel.ca/newsitem/breaking-bc-to-delay-second-dose-of-covid-19-vaccine-to-four-month-mark/it81232

Within hours, Ontario announced it is also looking at the same four month delay proposed by BC.

“Health Minister Christine Elliott and Solicitor General Sylvia Jones said that the province is “actively engaged” with the National Advisory Committee on Immunization (NACI) regarding potential updated direction on second dose intervals with “the goal of pursuing a similar direction to British Columbia, ” according to a story on the website CP24.

You can read all about that here: https://www.cp24.com/news/ontario-wants-to-push-back-second-dose-of-covid-19-vaccines-to-four-months-1.5329115

And there is speculation the National Advisory Committee on Immunization may soon echo/support BC’s decision.

TOO BAD NO ONE ASKED THE CITIZENS!

Is that what we’re doing now? Taking away people’s right to get a medical vaccine without also participating in some government plan of experimentation?

Keep delaying the second dose of a vaccine until some DO start to get sick … or die?

Both Pfizer and Moderna, after testing many thousands of VOLUNTEERS, came to the conclusion the second dose should be given 21 to 28 days after the first.

As far as I can see, THAT is still their position … and it’s their vaccine, so I trust THEIR scientific conclusion.

But the politicians got involved … promised huge vaccination numbers … faster than could possibly be delivered … looking very bad when it didn’t happen.

That’s when talk began of delaying the second dose, ignoring Pfizer and Moderna’s monographs, but enabling more people to get a first dose.

On the basis of scientifically controlled studies or volunteer-driven, supervised experimentation programs???

And I find that unethical …and scary.

In fact, Canada’s own Chief Science Advisor Mona Nemer called it a “population level experiment” in a CBC interview Monday.

“I think it’s really important that we stick with the data and with the great science that give us these fantastic vaccines, and not tinker with it,” she said.

“If provinces want to find out if the interval between the first and second doses can be extended to 16 weeks, she said, those provinces should conduct proper clinical trials by registering participants and explaining to them the possible advantages and disadvantages of taking part.”

“She said that while such trials might show that it’s safe to extend the interval to four months, Canada is not there yet,” the CBC reported.

“For now, we simply don’t have enough data that tells us this is an effective strategy, particularly when we think that we have variants of the virus that are emerging that are not as well recognized by the vaccine,” Nemer said.

She is not alone.

“There is a risk in this approach,” said Dr. Alberto Martin, professor of immunology at the University of Toronto in January, when the delay bandwagon first took to the road.

“It’s possible that a large fraction of these individuals will not develop full immunity and thereby waste many of these doses,” he told Global News.

I do fear if the second vaccine dose IS delayed for 120 days , some people will get sick, some will die.

People are NOT laboratory animals.

And should not be used to carry out experiments unless they VOLUNTARILY sign up to take part.

Should make for really interesting, and possibly very costly Court cases if/when some DO get Covid and the victims … or their surviving families … sue the provincial governments for ignoring the vaccine manufacturers’ monographs and delaying second doses for months longer than they should have.