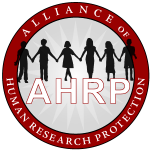 Below, Meryl Nass, MD explains what is known and what remains unknown about the experimental Covid-19 vaccines. Her post was prompted by the fact that her state of Maine requires its Emergency Medical Teams, who refuse the experimental vaccine, to sign a “Declination Form” that contains False and Misleading statements.

Luckily, there are several FDA-licensed drugs as well as vitamins/supplements that are effective against Covid infection. These medications and supplements are safe, and have been used for many decades.  Read: How A False Hydroxychloroquine Narrative Was Created

When I learned that the state of Maine has issued a “Declination form” that contains false and misleading statements, and that these forms must be signed by Emergency Medical Technicians (EMTs) who refuse to take the experimental Covid-19 vaccine, I realized that I should no longer delay discussing what I know – based on the existing science — about the experimental Covid-19 vaccines.