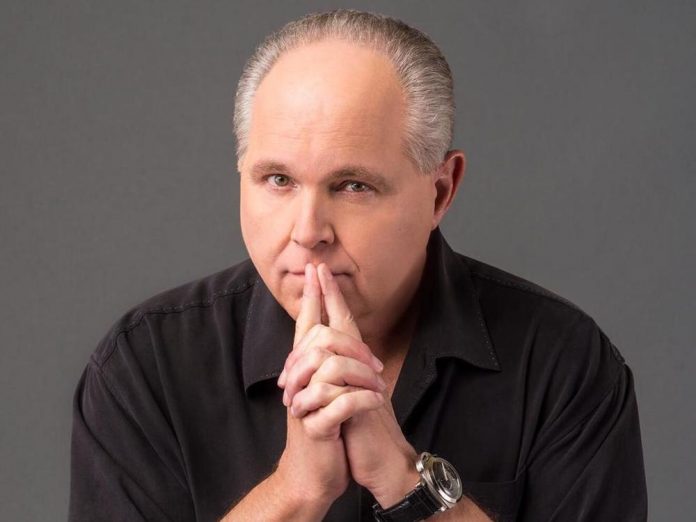 So successful professionally, Rush also faced some dark times personally – but when I went to visit him last year, I was profoundly encouraged by the faith I found. Here’s the story the rest of the media won’t tell you.

JERUSALEM – How did Rush Limbaugh become the most-listened-to and most-influential radio broadcaster in American history?

How did it all come about?

The Rush I knew had a simple answer: “Talent on loan from God,” he loved to say.

It wasn’t just a throwaway line – it was true – but now God has taken him home.

For the last several days, I have been mourning Rush’s death, but not without hope.

He was only 70. Death came too fast. Took him too soon, as far as I’m concerned.

Yet there is something important – and exciting – that you should know about Rush.

Rather late in his life, in his final few years, Rush gave his life fully and completely to Jesus Christ.

Though he had been raised in a Christian family, this was different.

Something specific had happened in his life. He had made a very personal and profound decision.

And it changed everything.

The mainstream media – so filled with hatred for Rush – will never tell you this side of him.

So perhaps you’ll let me.

“TALENT ON LOAN FROM GOD”

I had the rare opportunity to see Rush’s extraordinary, God-given talent firsthand.

He interviewed me for a job in late 1993 and hired me in early 1994. For the next two years, I was blessed to work for him as research director and writer for The Limbaugh Letter, and working with him on various articles and op-eds he wrote for other publications.

I also had the joy of working closely with his amazing, brilliant, fearless and loyal inner circle, each of whom loved him dearly and continued working with him over the next several years, literally to the end of his life.

Some people spend a fortune to get a graduate degree in political science or communications. I didn’t. I learned more about the art of media strategy – the process of discovering, developing and driving a message – from watching and working with Rush and his beloved team than I could have possibly learned anywhere else.

And they paid me!

But I will be honest – I worried about Rush over the years.

He had multiple marriages that failed and left him hurt, until his wonderful union to Kathryn that brought him great joy. Rush Limbaugh and his wife Kathryn

He battled with drug addition to pain killers, and had to do it in the glare of the public eye.

He lost his hearing, and but for the miracle of his cochlear implant would have lost his entire career.

On air, he certainly made his share of mistakes. Often went right up to the line. Occasionally went over.

But those things were symptoms. At his core, he was struggling with something deeper.

Raised in a wonderful Christian family in Cape Girardeau, Missouri – the heart of the American Midwest – he was steeped in Judeo-Christian values.

But from my vantage point – and I wasn’t nearly as close to him as everyone else on his team, nor am I claiming to have been – I believed he was struggling spiritually.

His younger brother, David, became a very devout follower of Jesus Christ in the 1990s. Indeed, David – a lawyer by training and profession – has gone on to write some amazing books about the Christian faith, apologetics, and the persecution of Christians.