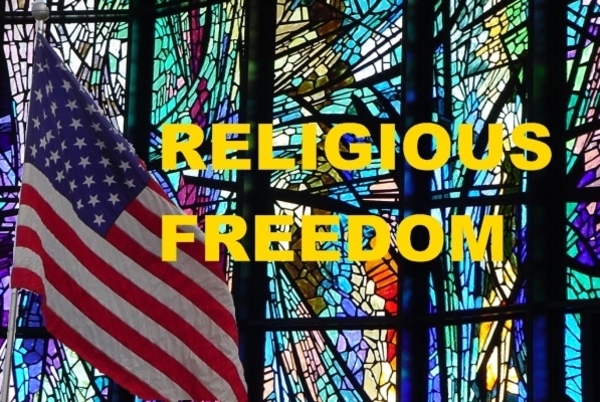 In Canada PM Justins world this would be described as a uh “Mental Health” uh issue, some PC SJW Liberals might blame this horrific act and others like it on the fact that the perpetrator may have been marginalized or had his/her/their feelings hurt and they were forced to lash out, any excuse to justify the behaviour . One thing for sure there would be an excuse just as there always is, how pathetically sad . In the meantime some ones Child, Spouse, or other loved one dies in great pain and or is maimed for life, never leading the same life again .

When will EU Nations, the UK, Canada, and so many other so called sophisticated and developed Nations finally realize that we are suckers for taking in so many people that believe their Religion takes precedence over our “Rule of Law” ?

We bend over backwards doing what we can to import people that really do not care about your children, your spouses, your parents, or any other family member or friend you might have, they want everything you have and they will take it if we do not learn to appreciate that they are coming for us !

None of this or the fact that we should be more careful of who we allow to settle in our Free World Nations has anything to do with Racism or Xenophobic behavior, but we have a right to expect and in fact demand people that come to live in our country respect our “Rule of Law”, our Freedom of Choice, our Freedom of Movement, Our Freedom to Worship any way we wish, and our Right to Peaceful Protest . Then of course as a free Society we have all of the other Charter rights which ever country we live in, yes, we can make fun an draw cartoons of Trump, Muhammad, poor Joe, poor bewildered and confused PM Justin and so many more without fear of reprisal and for sure without fear of being assaulted, feeling our ears being cut off, or being be headed . Is that too much to ask ?

Once again, YOU never hear about much of this on CBC, Global, CKNW, ABC, CBS, WAPO, Facebook, Twitter, CNN,MSNBC, Vancouver Sun, NYT, and so many media outlets in the EU but this kind of thing goes on each and every day . Please also keep in mind the fact that “Fire Bombings”, Looting, Assaults, Rapes, Be-Headings, Acid Attacks, Looting, and much more takes place in the eU each and every day and there is hardly ever a media report, outcry from politicians, marches of protests or any other recognition of the cancer spreading across almost ALL of the EU . Why did you think “BREXIT” was voted in and why was that confirmed with the majority of the BOJO conservatives in the “Soon to Be Free” UK where the Cons even won in Labour Ridings where they had never held seats previously .

How in the Hell can life long natives in countries like Sweden, France, Denmark, Italy, and so many more be expected to put up with the almost daily similar or even worse attacks .

Then there is this .

Notre Dame: Was it arson?

And thee is almost NO “Push Back”, when will our politicians demand more from the justice System in Free World Nations ? I find it absolutely sickening that so many EU Politicians and Media Outlets attempt to paint the increase of Anti Semitism as being carried out by Neo Nazi Groups when there is so much more to this story .

Why is there not more outcry on the heinous crimes taking place every day on innocent children and women ?

Where the Hell are so called Womens Rights groups ?? Ask yourself, why don’t these groups that care so much about Women turn a “Blind Eye” to all of this ?

I know you might find this hard to believe but many so called male child migrants/refugees countries welcome and then place in schools are sometimes over twenty to thirty years old, how might that play out if your daughter or son was exposed to that ? Are the Teachers not paying attention, Hell, are they even awake ?

How would you like your 13 year old sitting in the same class and sharing a Non Gender Washroom with a guy who is 28 years old ?

Do educators or politicians even care ?

Think about this, does any of it make sense ? Are Educators and Politicians expecting parents and children to put up with any of this ?

Time to wake up and time to demand more from our elected officials and our law enforcement, we can start by tightening the Borders .
And the “Bad Orange Man” is vilified for wanting defined Borders and the ability to defend those Defined Borders . French President macron has finally announced there will be a “Crackdown” on Radical Islamic Terror” and that statement will in fact create MORE
Terror Events just like this .

I have mentioned nothing of the almost daily Arson Attacks on Christian Churches and Synagogues taking place all over the EU almost daily for the past many years, who do you think is responsible for those thousands of Arson incidents ? Could it be unhappy Clergy ? Could it be kids playing with matches ? or could it be “Climate Change” , you should not need more than one guess .

Again, this opinion has absolutely nothing to do with Racism or Xenophobia, it is meant to call attention to what I consider an attack on the Freedom of Religion, Freedom of Movement, Freedom of Religion, and other important Freedoms we in the Western free World hold dear, why should we turn our cheek for any that want to take those hard earned rights away ?

I have stated this on previous occasions and I will re state it today .

Free World Nations like Canada, the U.S., the UK, Australia, and other similar nations should set priorities on who they allow to settle in their country . Firstly anyone entering any country should only allow migrants/refugees/immigrants who DO NOT believe that their Religion no matter what it happens to be takes precedence over that host nations own “Rule of Law’, there should be absolutely no exceptions, why would any country welcome those that want to tear the system down .

Minority Christians in the Middle East especially Syria, and Christian Families from Africa should also be given top priority as they too are targets every day and none of them are safe .

Please keep in mind that there are many different skin colours to both of those groups, so once again this is not about Skin Colour . Then once those groups are taken care of we have a duty to look at other people in need, but once again, those wishing to enter Canada, the U.S., the eU, and other Free World Nations need to be vetted and they need to be fully committed .