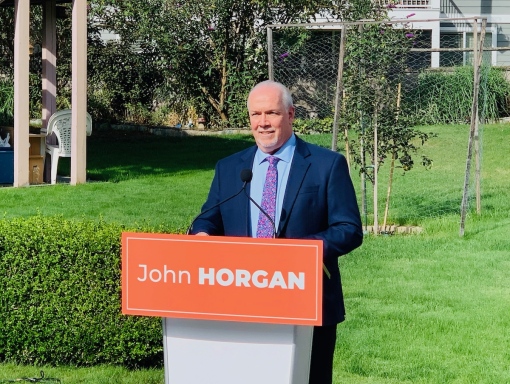 “She has granted my request to dissolve the legislative assembly,” Horgan said Monday from his riding of Langford-Juan de Fuca.

Horgan said he has struggled with the decision “mightily” but that “COVID19 pandemic has changed everything.”

“This pandemic will be with us for a year or more,” he said. “And that’s why I believe we need to have an election.
“Now, we can either delay that decision and create uncertainty and instability, over the next 12 months, more speculation.”

Horgan said he will ask the people of British Columbia what they think.

“I believe the best way forward is to put the politics behind us, let’s address the differences we may have now, so that we can all come together after the 24th of October,” he said. “Like everything these days, this election will be unlike any other, but I do believe it can be conducted safely.”

Provincial health officer Dr. Bonnie Henry and Elections B.C. will work hard to make sure that British Columbians “will not be putting themselves at risk,” Horgan said.