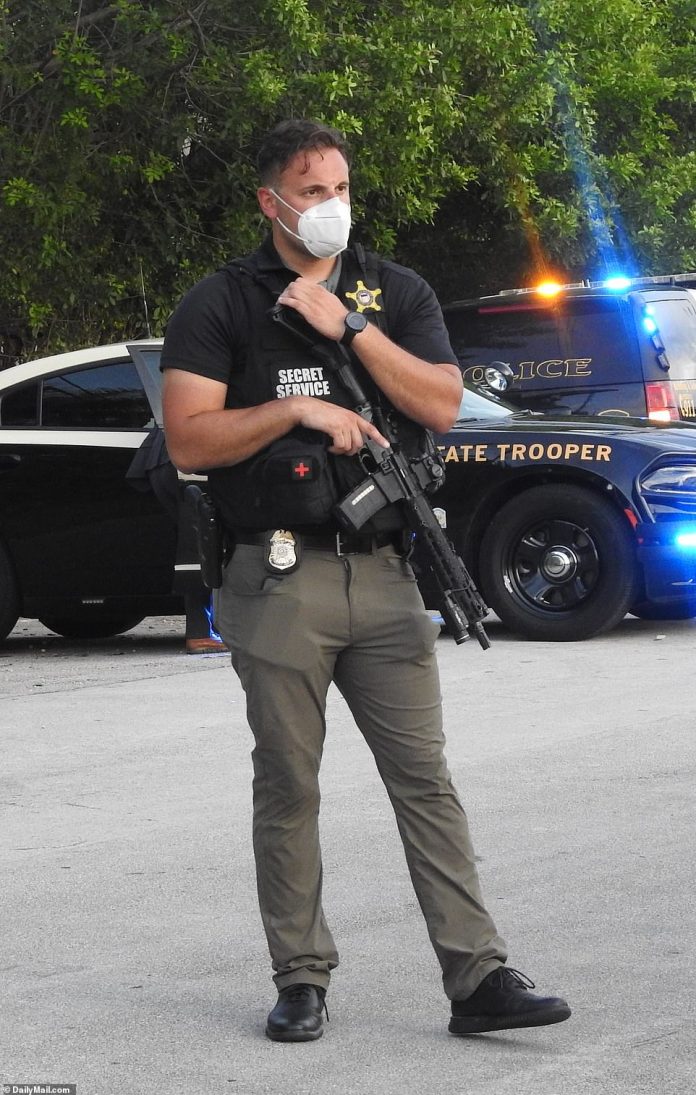 Kamala Harris was seen leaving an appearance in Miami where she was guarded by a Secret Service officer armed with an assault weapon – the same type of gun she vowed to ban.

In the photos exclusively obtained by DailyMail.com, the VP hopeful is seen leaving Florida Memorial University last week, ironically being protected by the same assault rifle that she promised to ban within the first 100 days of her term.

It’s worth noting, however, that Secret Service agents are trained and equipped to handle such a weapon.

Harris made the comments during her run for president last year in a CNN town hall, where she said she would take ‘executive action’ if Congress didn’t pass reasonable gun safety laws, which included enhanced background checks.

There was also a heavy police presence guarding the venue where Harris spoke, with at least two dozen officers protecting the Democrat who supports defunding the police and reallocating funds to community organizations and educational opportunities.