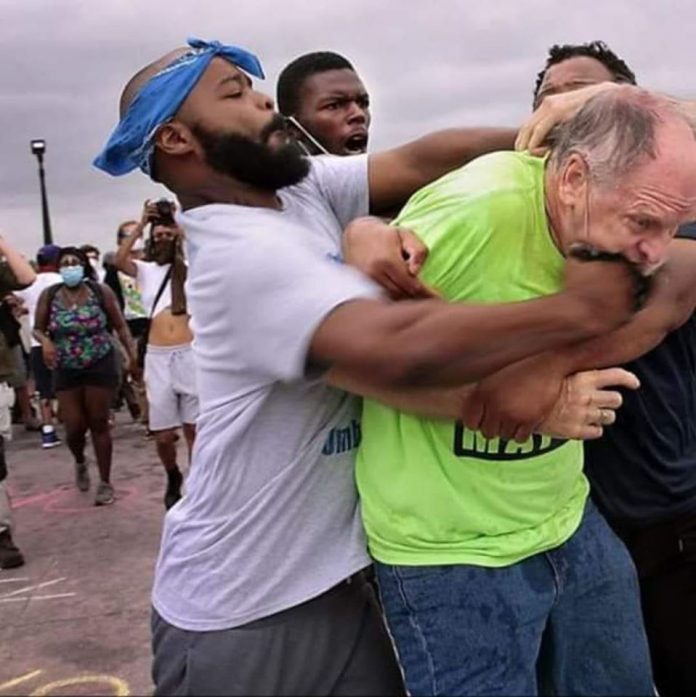 (Here is your peaceful BLM” protesters. BEATING UP OLD PEOPLE ” ALWAYS MORE THAN ONE.)

New York , London, and a few more very tourist oriented cities were hit harder because of the numbers of millions of people that travel to those and other year round major cities in any given month . I am not commenting on how the pandemic was handled by de Blasio and Cuomo, simply stating fact .

Vancouver gets not even 20% of the tourists of New York and absolutely NO ONE comes here between Nov. 1 to mid March . Please think About that .

My company does several $ million Dollars of business in NOLA every year, I travel to New Orleans on a regular basis and my company has employees there . I can tell you that if NOLA did not have Bourbon St. or the French Quarter there would be absolutely NO tourists travelling to NOLA . The reason NOLA was/is a Hot spot is because of tourism .

Again, if the Covid 19 virus came to YVR in July (which it would not) during our tourist/cruise season Vancouver would be an epicenter, We should consider ourselves lucky, it could have been much worse Bonnie Henry or no Bonnie Henry . Can someone please ask Dr. Bonnie why all of a sudden younger people in the USA and the UK/EU are all of a sudden getting infected with the virus when it appeared much of the virus curve was flattened ?

We seem to want to ban Church or family gatherings, sporting events, yet we are totally 100 % acceptable of protests, looting, the destruction of storefronts, fires, and the marching by thousands in public areas where they cough, spit, push, rub elbows, and all of the rest which all seems to be acceptable .

Could there be just the slight possibility that the virus is being spread at protests, burnings, fire bombings, muggings, riots, lootings, and the rest ? Could law enforcement members be taking the virus home to spouses, children, parents, grandparents after they have been coughed on, spat at, pushed, struck with a fist, and the rest ? Some of the protesters are actually throwing Human Waste at the law enforcement members, how would we feel about that .

How can we in YVR allow mass protests when we cannot gather at Stanley Park, other parks, and so many other activities and venues You are aware of yet we are allowed to protest without any concern at all ? Think for just a minute how less than 5% of the population Of Vancouver have changed Stanley Park forever, how can this be allowed, why are thee not more tough questions being asked about the assault On people that need a form of vehicle to navigate SP, oldsters, physically disabled, young families, tourists, other visitors, let alone those

Wanting to travel to restaurants and other destinations like the Aquarium . Please do not tell me the one lane for vehicles is a solution, my Golden Doodle knows that argument does not hold water .

I wonder, how would it be accepted by the Financial Guru that Is Vancouver Mayor Kennedy Stewart his Council, or say Top Mensa Member Victoria Mayor Helps if a group of 3 thousand hard working Over Taxed business people and their allies decided to protest and hold major intersections and streets hostage and block traffic for two or three days at a time ? How would that be accepted ? Would those hard working over taxed people get away without being sent home by the police, would they be told they were sinners because they were not all wearing masks ?

I feel very confident that the questions I have asked will be answered on CKNW, CBC, Global, and any other given media outlet later today so I will thank you all in advance .

People in media may think that BLM, Antifa, other anarchists and anarchists group which includes a vey high percentage of the criminal element might be the ones to cater to and pay attention to but you should now all stand back and watch cities like Vancouver and Seattle “Hollow Out” like other major U.S. Cities like Detroit, Chicago, New York, and many more, it has already started and no one is paying attention, just watch .

I am quite sure that by now you have quit reading so I will sign off .
Enjoy the day