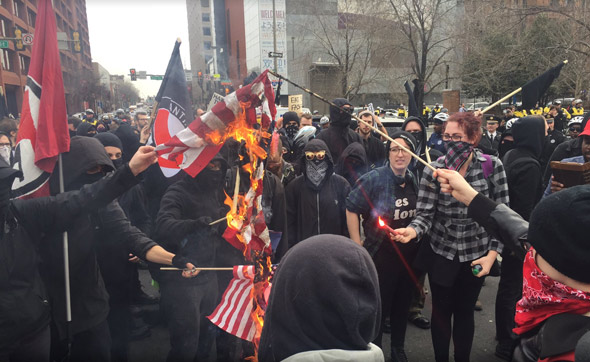 Attorney General William Barr has announced that he is forming a Justice Department task force to take down violent far-left extremist groups such as Antifa.

AG Barr announced the move in a memo released on Friday.

The formation of the DOJ task force will end anti-government extremist groups, such as Antifa and those who support the “Boogaloo” movement, according to Barr.

The task force will target “significant threats to the rule of law,” and groups who commit “indefensible acts of violence,” the document states.

“Amid peaceful demonstrations protected by the First Amendment, we have seen antigovernment extremists engaged in indefensible acts of violence designed to undermine public order,” Barr wrote.

“Among other lawless conduct, these extremists have violently attacked police officers and other government officials, destroyed public and private property, and threatened innocent people.”