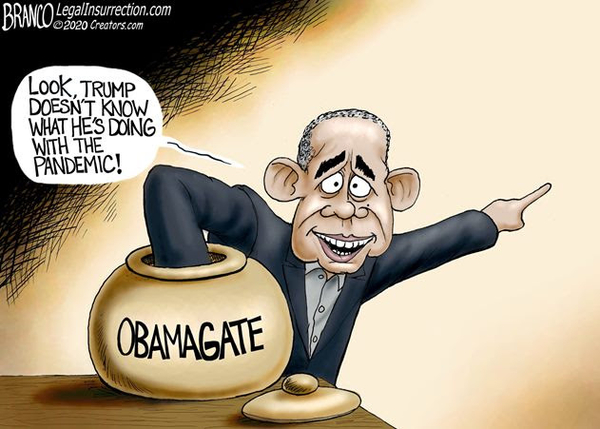 Under former President Barrack Obama, there was plenty of spying. The CIA under Obama spied on the press. They spied on US Senate staffers and they spied on everyday Americans.

For instance, the government admitted improperly searching the NSA’s foreign intercept data on multiple occasions, including one instance in which an analyst ran the same search query about an American “every work day” for a period between 2013 and 2014. There were also several times in which they ‘improperly’ unmasked Americans, even aside from General Flynn. Section 702, which authorizes the NSA to spy on foreign powers but supposedly has strict protections for American citizens, is an important tool for national security. The strict protections part seems to be less strict than originally stated.

According to a former senior Treasury Department official and veteran of the intelligence community, Obama’s Treasury Department surveilled General Flynn’s Financial records from 2015 well into 2017. By March 2016, the whistleblower became convinced that the surveillance of Flynn was not tied to legitimate criminal or national security concerns, but was straight-up political surveillance among other illegal activity occurring at Treasury. She says Flynn wasn’t alone, though. They were also surveilling other US citizens including Paul Manafort Jr., President Trump, and members of the Trump family.

Only two names are listed in the whistleblower’s official paperwork, so the others must remain sealed, she said. The second name is Paul J. Manafort Jr., the one-time chairman of Trump’s 2016 presidential campaign. She filed a complaint in 2017 but apparently the Inspector General never followed up on that complaint. “It wasn’t just him,” the whistleblower said. “They were targeting other U.S. citizens, as well.” Americans need to understand why this matter is so important. The government uses the spying for foreign intelligence monitoring – after all, the FISA court stands for “Foreign Intelligence,” and American citizens are not to be targeted for their political views. The Deep State under the control of Obama, has now been caught – “red handed” in Senator Rand Paul’s parlance – operating like the Soviet era KGB.

It turns out this is the tip of the iceberg, as a complex infrastructure — built by Obama among the Inspectors General of federal agencies — to short-circuit any “whistleblowers” efforts who became aware of the nasty political persecution of Obama’s Deep State opponents. The Inspectors General of each department is to be the recipient of such complaints, so Obama’s downright criminal regime infiltrated multiple agencies which were engineered so any patriotic American who became aware of the illegal spying on American citizens would be identified, so that Deep State operatives could ship them off to the appropriate gulag.