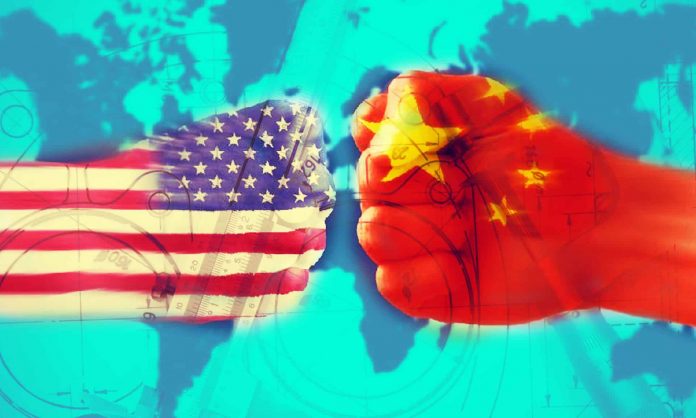 I strongly believe that Trump will manage to get ALL of the Free World onside in holding China accountable for all of it’s Sins !

Each and every Free World Leader including and even those nations with PC SJW Leadership will soon realize that their citizens will Want and demand restitution from China. China has gotten away with enslavement, imprisonment, and murder of it’s own people for 70 years while at the same time taking advantage of weak leadership from Free World Nations like Canada, the USA under Clinton, Bush, and Obama, the EU, Merkel, Hollande, Macron, Blair, Cameron, Lofven, Tusk, Juncker, the rest in the EU, Australia, Japan, and at least one hundred other nations scattered around the world . Citizens of each and every countries should ask the Ruling Class this question, WHY ?

For those that for some reason the covid-19 is community spread you need to understand that Covid-19 had to originate somewhere and contrary To reports from Media it did not originate in Melania Trumps Basement, simple, it came from China . The attached Wikipedia illustrates exactly what happened in Italy and the same spread took place in other countries especially Iran. Iran and China have very close ties and the facts speak for themselves, the Virus spread world wide from it’s origin in China .

Honestly I cannot believe that YVR has so far escaped a more serious outbreak of the Virus but perhaps that is yet to come, be careful .

In my opinion I believe what takes place in Italy over the next ten days will determine what the rest of the world might be in for Italy was unprepared, they have many older people, they have the connection to china with many travelling to and from Italy and china and it was a perfect petri dish for this catastrophe to manifest itself in a deadly way .

If we begin to see a leveling off of new cases over the next ten days we will hopefully begin to see the end of the virus for now, the question then becomes, what do we do next ? Hopefully a Vaccine is a possibility in the next six months and hopefully we are prepared for the possibility of another Covid-20 next year, we have no time to waste .

China has a pattern of endangering world populations and economies and we need to act now .

Remember the Melamine Crisis ? China was in fact Criminal and in my opinion the action of shipping contaminated food products to other nations Was an “Act of War”, how else would one describe it ? China was substituting Melamine into Powered Milk that was shipped world wide which Ended up killing thousands of older people and babies who could not process the Melamine Powdered Milk . Do you think that was not intentional, a mistake ? Of course not, China knew exactly what it was doing . In my opinion the only reason the travesty was discovered was because China normally only shipped the tainted Powered Milk to Third World Nations (they are NOT developing nations) where if an older person or baby consumed the product died no one paid attention, it was an every day occurrence because of the lack of nutrition and medical care . The poor souls are taken and given a burial with no one any the wiser . When cases and deaths started to appear in First World Nations autopsies were done and it was discovered that the Powered Milk was tainted with Melamine . As sickening as this sounds the atrocity may have never been discovered except that some of the shipments were mistakenly sent to nations that did autopsies on the unfortunate dead babies and seniors and others that died .

Of course the Chinese Government claimed they arrested, prosecuted and executed the offenders who managed the facility that processed the Melamine Powered Milk but you can almost guarantee that those executed  were really just taken out of central casting of he local prison , Rumour Has it they ended up as the content in a shipment of “Soylent Green” . Watch for it will soon be on your stores shelf.

China has exported many dangerous Pathogens world wide repeatedly over the years and those Pathogens like Covid-19 have poisoned maimed, killed, innocent people and those countries, in many cases are under threat of losing or existing with no, less, or compromised Health Care, access to Education, Security, Law and Order, Freedom of Movement, access to Government Services of all kinds, loss of transportation, shopping outlets, parks and recreation, restaurants, gyms, and so much more too numerous to mention, yet NOT ONCE has China been held accountable in any way .

Again, WHY ? Exactly what are the reasons ?

Media once again “Dropped the Ball” on this and those that run the NYT, WAPO, CNN, MSNBC, BBC, CBC, NBC, CBS, are spending more time fact checking President Trumps grammar and enunciation than they are investigating just why Covid-19 seems to be everywhere today, even in the Cheerios you had this morning . Again, WHT are media not digging down on this and following the path of Covid-19 and reporting on why and how the deadly virus is killing so many ?

Some like to promote this Copvid-19 outbreak is a HOAX and the Pandemic is nothing more than the “Flu on Steroids”, well guess what, tell that to the many thousands of young People who may be under say 30 years old that contract the virus and then spend the rest of their lives with COPD or worse .

Yes our good old every day brand of the Flu and other variations kill more and more get sick but no one can deny the fact that the Covid-19 Pandemic has taken a very serious toll and in fact almost crippled the Worlds Economy . When was the last time any Flu you may have experienced caused that ? Hell, we do not even know if it will go away, might it come back next year ?

IMHO there is more than enough evidence out there to show the Covid-19 is a serious threat to the World and we must do everything we can to stop the spread of the virus . Sure some of the recommendations may be over reach and perhaps even uncalled for but would you want to expose yourself, a loved one of a colleague to an agonizing death that is worse than being “Water Boarded” for a week and then dying by yourself tucked in the back corner of an Isolation/Ward experiencing a fierce burning temperature, perspiring uncontrollably, shaking, delusional, with no control of bodily functions and the loud outburst of “Please help me I am dying” ? We need to act now  and we cannot afford to take chances at this time .

Having said that I whole heartedly agree with POTUS Trump, Governor Cuomo, BOJO, and a few others that we need to somehow ensure that the Economies of all Free World Nations are compromised as little as possible . All nations must do everything to contain Covid-19 but those same nations must do everything they can to keep the wheels in motion, our very future depends upon it . How do we manage to control the outbreak of Covid-19 and how we manage to keep world economies healthy and functioning ? The U.S., Canada, the “Soon to be Free” United Kingdom, Australia, the EU, Japan, and other similar nations need to demand that China change the practices of so many horrible practices really too numerous to mention here but we can start by DEMANDING China cease and desist eating Rats, Bas, Cats, Dogs, Monkeys, Giraffes, live Turtles in soup, Snakes, Reptiles, so many more not to mention the cruel way Shark Fin is harvested, it is all disgusting and it must stop now.

People from most countries travel the globe world wide, but most do not take the Covid-19 Virus along with them . many in Media seem to think that is racist To call the Covid-19 Virus the “Chinese Virus” or the Wu Han Virus”, really is that not where he Virus originates ? What would one do, call if the Milwaukee Virus or perhaps the Belfast Virus ? I am sure if he Virus originated in Belfast the PC SJW Media and like minded Politicians would be quite content to call the virus the “Belfast Virus”, sure why not . Calling the Covid-19 Virus exactly has nothing to do with Racism, I is simply the truth .

I would ask you to watch the following Tucker Carlson segment, it says a lot about the PC Social Justice Warrior Media and their “Hate for Trump” they will do anything They can to discredit Trump ! Disgusting ! As always the whole show is worth a watch but the first ten minutes of this show will show you exactly what CNN, Don Le Mon, and the rest of the PC WJW Media are all about and it is disgusting .

POTUS Trump will soon begin to make charges that china betrayed the Free World and china poisoned the free World, China delayed informing the Free World Of what was taking place with covid-19 and china must make restitution to countries, economies, families of those killed by the virus, business that have been Harmed and in fac may never re open, those that lost jobs must be compensated, and any one else that was negatively affected by the Covid-19 Outbreak needs To be compensated .

We can all start by notifying our Politicians of any Brand that we the “Great Unwashed” will settle for nothing less than Full Compensation from China.

We have no time to waste, we must begin the fight now .

BTW –  have you noticed that all of the “Higher Purpose People” at the United Nations have been “Hiding Under their desks” during the covid-19 Crisis ?

I wonder if Media might show a little courage and ask the our ” UN Betters” who happen to be MIA just exactly what corrections and solutions they are busy working on between their daily Champagne and Caviar Dinners ?