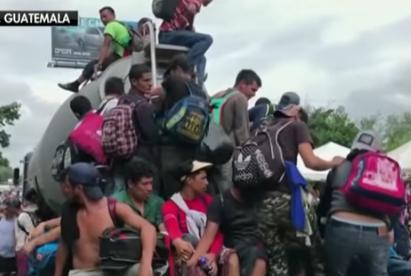 The Department of Justice filed civil lawsuits on sanctuary jurisdictions across the US asking judges to overturn the policies, and warning state and city officials they could face their own criminal charges for harboring illegal immigrants. Target cities include New York, Chicago, San Francisco, Los Angeles, Atlanta, Houston, Boston, New Orleans, Detroit and Newark, N.J.

A lawsuit was filed against California over a new law that bans private prisons and immigration detention facilities used by ICE. A second lawsuit challenges New Jersey’s policy of restricting communications with ICE. A third lawsuit asks to overturn a King County, Washington, policy banning ICE from using an airport for detention flights that is disrupting deportation operations.

The Justice Department unleashed a legal assault on sanctuary jurisdictions across the country this week, filing a new round of civil lawsuits asking judges to overturn the policies, and warning state and city officials they could soon face their own criminal charges for harboring illegal immigrants.

Lawsuits were filed against California, New Jersey and King County, in Washington, each of which has adopted novel ways of interfering with U.S. Immigration and Customs Enforcement’s ability to arrest, detain and deport illegal immigrants.