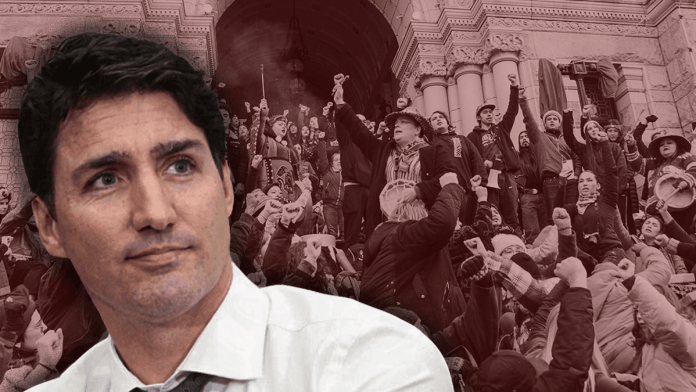 The far-left in Canada is out of control.

Deceitful environmentalist protesters claiming to speak for Indigenous people have set up illegal barricades across the country. They’ve blocked railways and highways — closing major thoroughfares, shutting down commercial and passenger rail and grinding our economy to a halt.

They are threatening the livelihood of countless blue-collar workers, including farmers, manufacturers, construction workers, workers in the forestry, coal and energy industries and so on. And, according to paramedics in British Columbia, they’re also putting lives at risk.

These protesters are as arrogant as they are destructive. They’re throwing a temper tantrum and using the heckler’s veto because they disagree with the results of our democratic process.

The Coastal GasLink pipeline carrying liquified natural gas from northeastern British Columbia to the west coast has already been approved by the courts as well as every level of government.

This includes the Trudeau government, who have always erred on the side of listening to First Nations and giving them veto powers over pipelines, as well as the left-wing NDP government in British Columbia, who have done everything in their power to block other pipelines from reaching Canada’s west coast