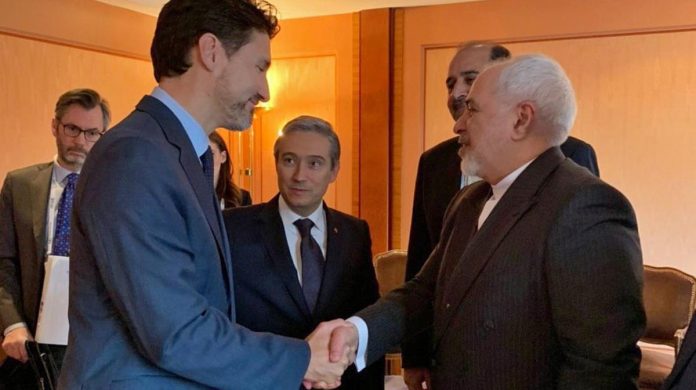 Canada’s Justin Trudeau was under fire on Saturday for his warm embrace of Iranian Foreign Minister Mohammad Javad Zarif despite the deaths of dozens of Canadian citizens when Iran shot down a passenger plane after it took off from Tehran’s airport last month.

Iranian officials were jubilant when the Canadian prime minister grasped Mr Zarif with both hands and exchanged greetings with a broad smile at the Munich Security Conference. Canada has no relations with Tehran and has been under pressure to push Iran for accountability and compensation for shooting down the Ukrainian passenger jet, killing all 176 people on board.

Tehran admitted its military shot down the jet but has so far refused to hand over the black box flight recorders to retrieve the data detailing the incident.

Responding to the backlash, which threatened to overshadow his visit to Munich, Mr Trudeau said he was working to secure a deal with the Iranians to send the black boxes to France.