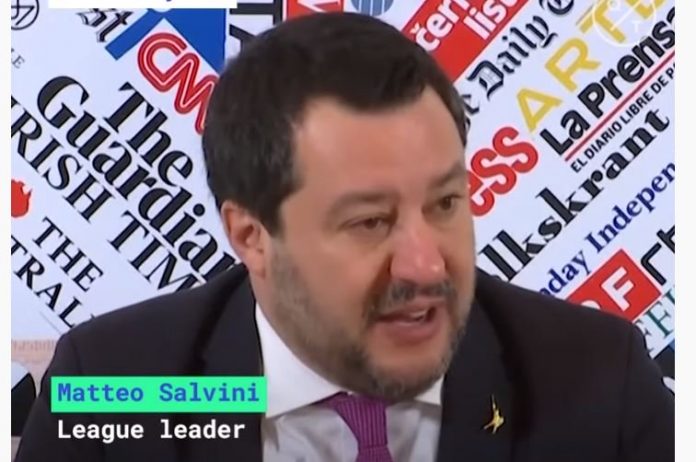 As Roger Stone is threatened with up to 9 years in prison on trumped-up procedural charges, conservative figures around the world are coming under fire from an unholy alliance of Deep State, Soros NGOs and violent left-wing Antifa, with the full complicity of the Media. Amen for the 2nd Amendment.

In Italy, the Senate voted to revoke the parliamentary immunity of former Italian Interior Minister Matteo Salvini for refusing to let in boatloads of illegal migrants as part of his very popular “Porti chiusi” policy (Closed Harbors). Salvini could face up to 15 years in jail for “kidnapping” 131 illegal migrants on a vessel violating Italian coastal waters.

„The absurdity of this story lies in the fact that those who are after Matteo Salvini’s head are the same people that last year ruled the country with the League and shared the decisions together with Salvini, “ Davide Quadri, foreign policy spokesman of the Lega Youth, told Gateway Pundit. “Current Prime Minister Giuseppe Conte was fully aware of the issue of the NGO vessels and supported the policy of his Minister of the Interior Salvini a year ago.”