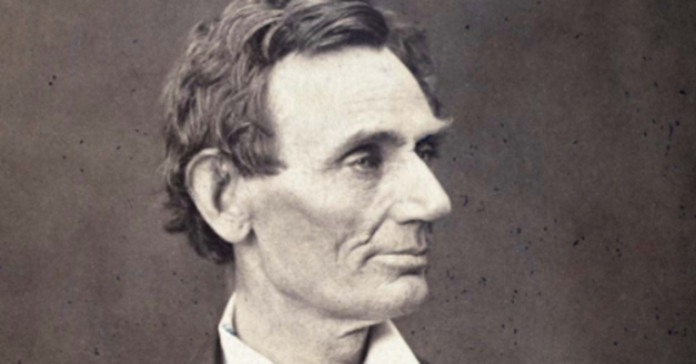 Today, February 12, is Lincoln’s birthday, born this day in 1809 in a one-room log cabin on a farm near Hodgenville, Kentucky.

It is enough to mention the name Lincoln to know it refers to Abraham Lincoln, the 16th President of the United States.

After the founder, George Washington, Lincoln is generally considered America’s greatest president. Perhaps more, he was one of the greatest of men among leaders in world history.

As a child in distant Bengal, I learned about him in grade school in our world history course. We were in those days more than half-century ago taught history through the lives of great men and women, such as Alexander the Great, Elizabeth I, Galileo and Newton, Washington and Napoleon, and Buddha, Asoka, Akbar the Great, and Queen Victoria among them.

But Lincoln was a favourite for many in the class. For me, he was the Great Emancipator.

And in grade school I discovered in my family library Lincoln’s biography by Carl Sandburg, and Walt Whitman’s anthology “Leaves of Grass.”

In Sandburg’s biography of Lincoln, I found his most memorable speeches. And when tasked to write a biographical essay as class assignment for the history course, I remember writing a schoolboy’s essay on Lincoln’s Gettysburg Address. I remember this after so many decades because I memorized the Gettysburg Address, and it has remained with me ever since.

Then I came to love Whitman’s memorial to Lincoln in his collection of poems titled “When Lilacs Last in the Dooryard Bloom’d,” which includes “O Captain! My Captain!”

It is dedicated, in Whitman’s words, to the Memories of President Lincoln, and perhaps there is no poem or piece of writing as moving, as soul-stirring, as full of pain and anguish and love, as this poem of Whitman to the man as a war-time leader he saw while residing in the capital.

I read Whitman this morning again, and thought about Lincoln on reading the wonderful essay about him by Scott Johnson in the blog below.

Our own Sir John A. Macdonald was a contemporary of Lincoln, but there is no record that he met with the President. Two years after Lincoln’s assassination, Sir John would become one of the founding fathers of our great Dominion.

From “the log cabin to the White House” has been a sub-text of Lincoln’s inspiring life story.

Everyday thousands of people gather at the Lincoln Memorial in Washington, and many among them are visitors from around the world, to pay homage to the man who saved the Union and emancipated the blacks brought to America as slaves.

It is as the Emancipator, the man who bequeathed freedom to the slaves and raised them as free people, that transformed Lincoln from merely a president to almost a prophet, a modern day Moses, and makes him the most loved of American leaders around the world.

And if there is a lesson, I believe, that we can still, or we must in the times we are living, draw from the life of Lincoln and his presidency, it is to learn again and again the meaning of Freedom, and re-dedicate ourselves to the struggle to hold dear what Freedom means to and for each one of us, as God’s gift above and beyond all other gifts that make us as humans the envy of His angels.

A genius for friendship

Salim Mansur is a Professor Emeritus of Political Science at the University of Western Ontario in Canada. He is a former columnist for the London Free Press and the Toronto Sun, and has contributed to various publications including National Review, the Middle East Forum and Frontpagemag. He often presents analysis on the Muslim world, Islam, South Asia, Middle East.[1] He is also a member of the Freedom Party of Ontario.[2]

Mansur was a candidate for the People’s Party of Canada for the 2019 Federal fall election.