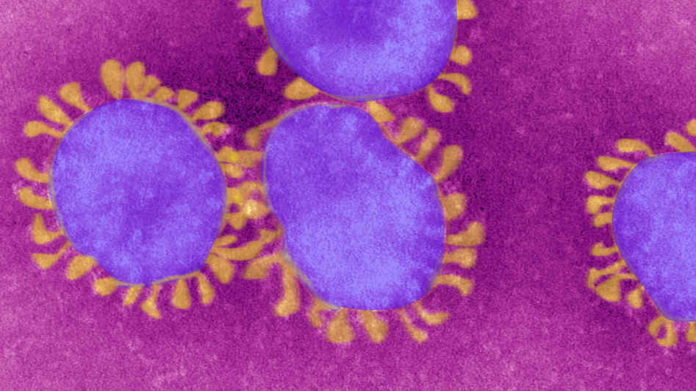 Yes, we have a problem with the Coronavirus and it must be contained .

Of course for some reason Authorities in the West seem to be playing the spread of the virus down, I wonder why ?

How could the WHO actually state that “Things are under control in China, it is other developing Nations we are concerned bout” ? How much sense does that make ?

Why would Media not push the point and ask questions about the Videos of Chinese citizens being dragged off, will families ever see their loved ones again once they have been dragged off of will those family members unfortunate enough to have contracted Coronavirus and dragged off sent directly to the “Soylent Green” Factory ?

Where is WHO on this, the UN, why are there not questions of all kinds directed to China at the UN ? Why does the UN and for that matter ALL Free World not get tough with China and it’s Government and demand change and demand change immediately ?

Ask yourself just how many times does this happen each and every day in Free World Western Airports ?
https://www.fox29.com/news/packaged-dead-birds-seized-at-washington-dulles-international-airport

Chinese Authorities and unfortunately Media attempt to tell you that the Food Market that was shut down in Wuhan was The source for the contamination and everything should be fine now that particular food market has been shut down .

Nothing could be further from the truth, there are literally thousands more similar markets all over china, some right around The corner of the market that was closed . It is all just lip service, China does not care and Western Media are willing to let It go and not ask the tough questions . Then of course there is the fact that for some very odd reason Free World Nations and

WHO are willing to ignore the facts .

There was a lot of disgusting content I could have posted here but for sake of the faint of heart I hesitate to go any further than what you see attached . I hope it is not too much to take in .

I have been to various parts of Asia many times going back over many years and some of the things seen would turn most of us off of any Asian Nation . Of course there are other World Nations that also have customs and norms that might be concerning But it appears China is about the worst offender . Interestingly enough now that more Chinese have quickly growing incomes

Some species they seem to desire for food or ceremony are actually becoming endangered, where are PC SJW on that File ?

Why now outcry against China ?

Then of course there is this, how Gut Wrenching !! I can guarantee that none of these shark Fins are going to the local Popeye’s.

Of course Shark Fin is Banned in many places but just the same it is consumed in those jurisdictions, so much so that Sharks will soon be on the endangered list . Imagine the Bastards hauling in Millions of Sharks into a Boat, cutting off their Fins and then throwing the maimed and dying Shark back into the water, they do not even attempt to do anything with the meat .

Can we not demand that China be more Transparent, can Free World Nations, WHO, and the UN, not demand that China change some, perhaps many of it’s practices about food preparation and just what exactly they should not eat/consume ? Hell, PC SJW types here in the West are telling the “Great Unwashed” what they can do and what they cannot do each and every day . Hell, Michael Bloomberg if Elected POTUS will stop every single one of you from eating/consuming Pepsi, Donuts, Ice Cream (except Ben and Jerry’s as they are supporters of the Napoleonic Michael), KF Chicken, and all of the rest, why can we not demand China change it’s eating habits and the way they prepare food ?

Then of course there is the fact that Media of all types for the most part seem to be supporting Government Agencies, why would anyone take the word of the Chinese Government ? They lie every single day to their own 1.5 Billion People, why would

You expect them to tell you the truth ?

We NEED to do better because I can guarantee you that the Chinese Government will not do the right thing unless Free World Nations take action and demand that China change NOW . We have NO time to waste .

Quite possibly the biggest reason Media, WHO, Free World Nation Leadership do not demand China be held to account is they may be afraid to be branded Racist, then perhaps those same people hesitate to say anything because China is such a big Trading partner .

What is your guess ?

It is long past time for Free World Nations to hold China to account, personally I would think very seriously about not allowing anyone enter my country from a country like China that does not care and has absolutely no control of the types of animal food the population is consuming .