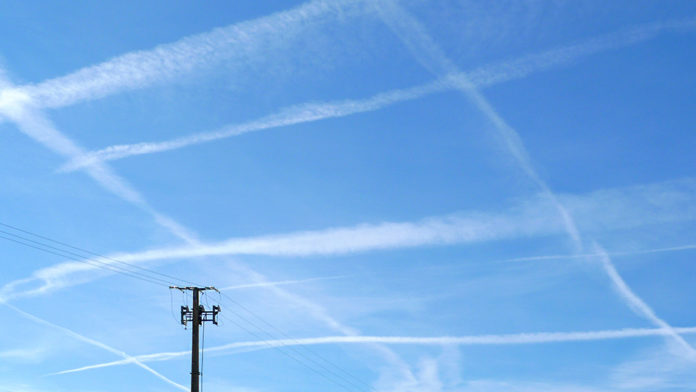 During a recent appearance on “The Joe Rogan Experience,” whistleblower Edward Snowden went on an oddly defensive rant against the existence of “chemtrails,” also known as geoengineering, claiming that he’s never been able to find any evidence that the government is spraying our skies with toxic chemicals.

A former employee of the Central Intelligence Agency (CIA) and contractor for the National Security Agency (NSA), Snowden gained worldwide fame for his role in exposing the deep state’s illicit spying and surveillance activities against Americans. However, when it comes to geoengineering, Snowden strangely endorses the official government narrative that it’s not a real thing – even though the government admits in its own official documents that chemtrails are real.

In Snowden’s bizarre view, chemtrails are somehow “not a thing,” but “climate change is real” – his words, not ours. Snowden even went so far as to call the idea of chemtrails a crazy “conspiracy theory,” insisting that people who believe they’re real are simply grasping for some kind of meaning in their lives.