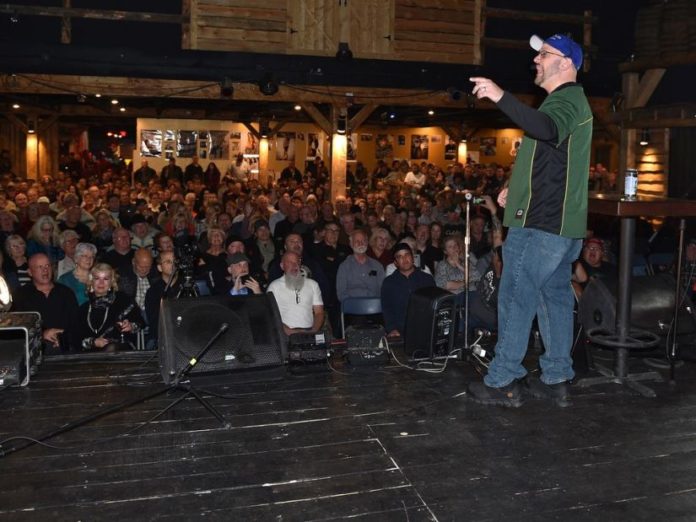 Chants of “The west wants out!” and “Alberta!” rained down from a crowd of about 750 supporters prior to the start of a standing-room only Edmonton rally to promote Western Canada separation.

The Saturday afternoon rally held at the city’s northeast Boot Scootin’ Boogie Dancehall was the first of its kind in Edmonton hosted by Wexit Alberta, a group striving to become a registered political party in the province to advance the separation agenda.

The movement amplified following the recent federal election where no representatives from the governing Liberal Party were elected in either Alberta or Saskatchewan. The separation supporters in attendance passionately booed the rally’s opening question, “How’s everybody doing since the election?”

Saturday’s crowd, many sporting Wexit gear with sayings such as: “Make Alberta Great Again,” resoundingly said they felt isolated and ignored on the national stage.