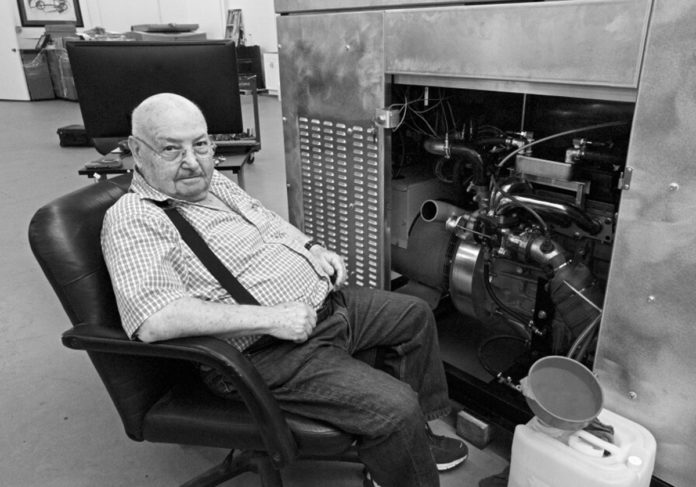 MayMaan is seeking additional partners to make its impact on the world. The founders think that it’s just a matter of time until MayMaan joins the ranks of successful garage-based start-ups.

In the annals of business, successful companies that originated in the garages of their founders have assumed an almost mythic significance. Corporate giants such as Apple, Google and Hewlett-Packard all began in small workshops adjacent to their creators’ homes. Now, another small, garage-based family business run by three Israelis near Miami, Florida, that says that they have succeeded in reinventing the internal combustion engine is aiming to join the elite group of legendary garage-based startups.

The company is called MayMaan Research, LLC, and it has developed a system to operate a traditional piston engine with a combination of 70% water and 30% ethanol (or any other alcohol) – no gasoline or diesel required. This revolutionary system can be applied, say its founders, with simple yet sophisticated modifications of existing engine designs, and saves 50% on fuel costs, produces far fewer emissions than gasoline or diesel, and is up to 60% more efficient than gasoline. MayMaan has built four operating prototypes to date, including a car, a generator and various engines. While the company has outgrown its garage-based origins, and has grown into a research laboratory facility, it remains imbued with a start-up spirit.

MayMaan is the brainchild of Yehuda Shmueli, 81, a talented inventor, engineer and master mechanic. Assisted by sons Eitan and Doron, and backed by an impressive executive management team, including Joe Nakash, founder and chairman of Jordache Enterprises; Yedidya Ya’ari, company chairman and former president and CEO of Israel’s Rafael Armament Development Authority; Malcolm Hoenlein, CEO and executive vice chairman of the Conference of Presidents; and other distinguished individuals, MayMaan’s disruptive technology plans to revolutionize the world of transportation, from passenger cars, to trucks, locomotives and even ships.