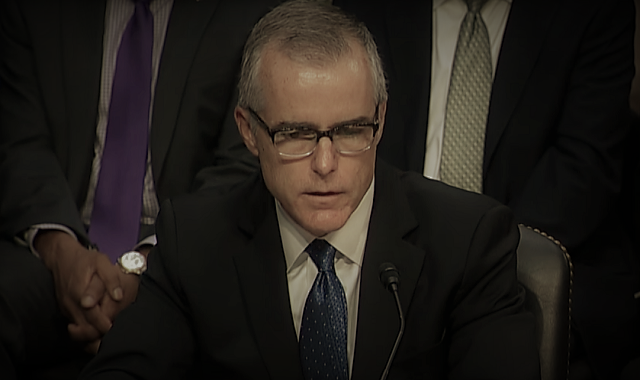 McCabe — the former deputy and acting director of the FBI — appealed the decision of the U.S. attorney for Washington all the way up to Jeffrey Rosen, the deputy attorney general, but he rejected that request, according to a person familiar with the situation.

FEDS IN FINAL STAGES OF POSSIBLE PROSECUTION DECISION FOR MCCABE: ‘TARGET ON HIS BACK’

The potential charges relate to DOJ inspector general findings against him regarding misleading statements concerning a Hillary Clinton-related investigation.