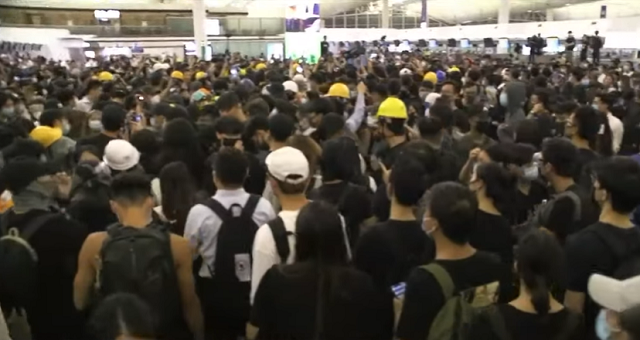 China is massing troops at the border.

As Communist China amasses troops at the border, increasingly aggressive clashes have erupted between Hong Kong freedom protesters and police.

Flights were cancelled for a second day in a row, as protesters pushed back against efforts by China’s Communist State to betray the ‘one-country, two-systems’ approach that is supposed to remain in place for decades.

In recent years, the government of Communist China has been chipping away at Hong Kong’s democracy, and their recent move to impose an extradition law that would put Hong Konger’s at the mercy of China’s Communist-controlled ‘justice system’ was the last straw, triggering mass unrest.

You can watch videos of the latest clashes in the video through this link: HERE