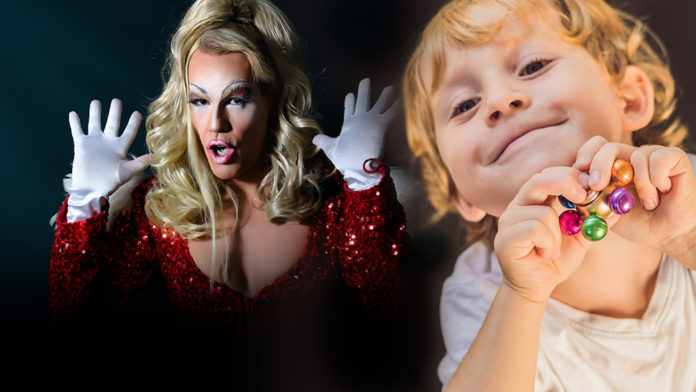 Opening the floodgates for the normalization of child exploitation and pedophilia is none other than the far-Left media streaming service Netflix, which has reportedly renewed for a second season a grotesque and utterly depraved “original” show called “Dancing Queen” that features underage boys dressed in drag dancing around with LGBTQP perverts like it’s no big deal.

The series reportedly centers around a drag queen dance teacher from Mesquite, Texas, named “Alyssa Edwards” (real name Justin Dwayne Lee Johnson) who, under the guise of exposing the next generation of youth to “the arts,” openly grooms innocent, pre-pubescent children into “her” drag queen lifestyle.

The show’s purpose, of course, is to further mainstream the idea that it’s completely normal for adults to sexualize underage children, and specifically underage boys, into all sorts of LGBTQP perversion and pride – because it’s all in good “fun,” right?

However, to anyone with a conscience, the fact that such a show is even being made at all, let alone pushed on 139 million Netflix subscribers and viewers worldwide, many of whom are children themselves, proves that we’re on the brink of some pretty serious divine judgment – at least if history is any indicator (remember Sodom and Gomorrah?).

For more stories like this one, be sure to check out Evil.news.

If you care about protecting innocent children from LGBTQP perversion, you’ll cancel your Netflix subscription immediately

And it’s not just “Dancing Queen” that’s corrupting the minds of Netflix viewers into accepting pedophilia and the sexualization of young children. Netflix is also promoting another even more perverse show called “Big Mouth” that in many ways makes “Dancing Queen” seem tame.